The architecture alone is well worth your journey. Ordrupgaard consists of four spectacular buildings, each designed by a distinguished architect. Stylistically, the architecture spans more than 100 years, and in terms of their original function, the buildings comprise two private homes and two modern museum extensions. The former two consist of Wilhelm and Henny Hansen’s elegant mansion, designed by Gotfred Tvede, and Finn Juhl’s iconic home. Later additions by British-Iraqi Zaha Hadid and Norwegian Snøhetta belong to the latter category. 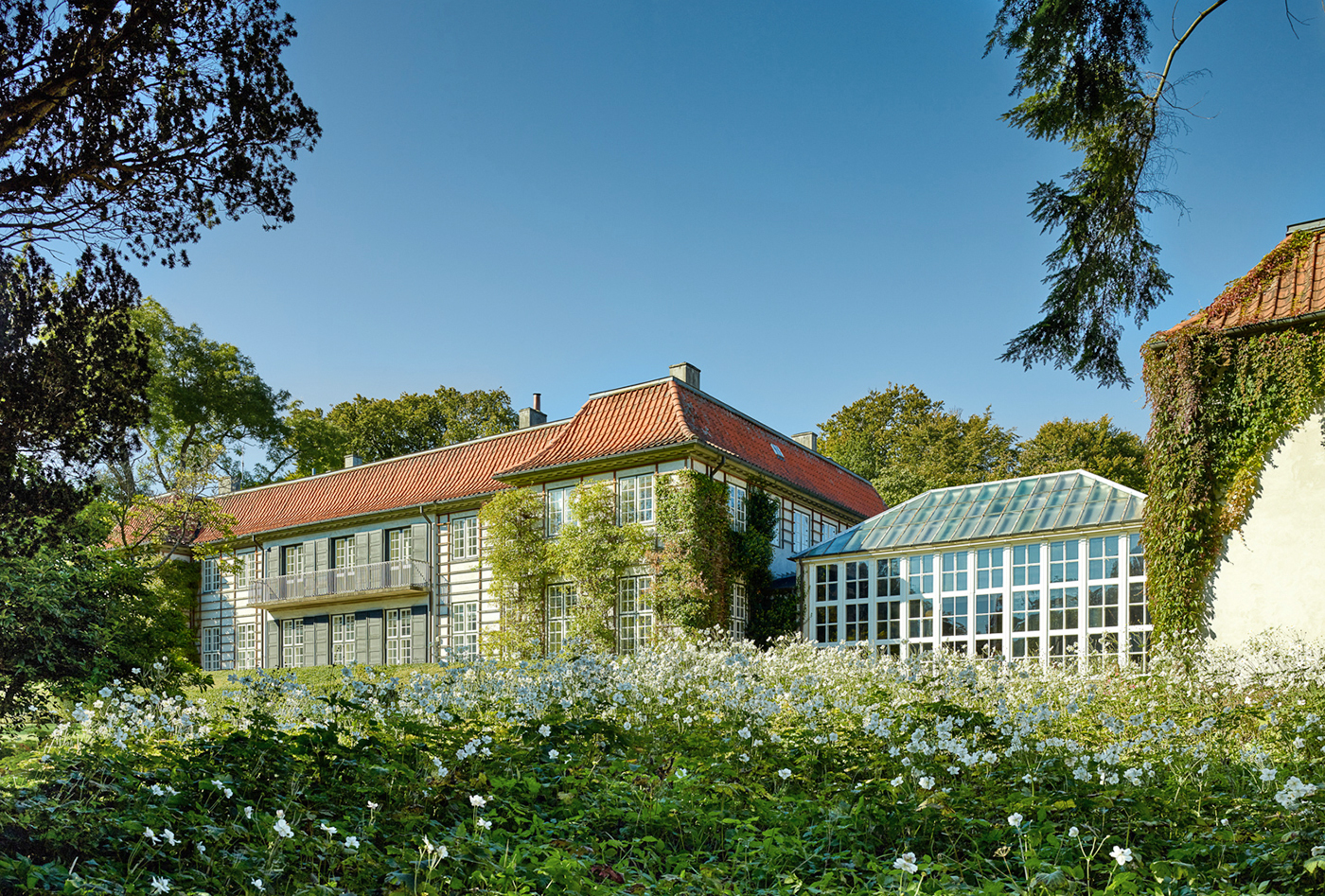 Danish architect Gotfred Tvede designed Ordrupgaard’s main building and its gallery. His building formed the backdrop of Wilhelm and Henny Hansen’s everyday life – and the setting for their private art collection. The house is in the classicist style, drawing inspiration from the harmonious and symmetrical buildings of antiquity. Even so, the atmosphere is pleasantly relaxed. This is mainly due to the continuous wooden trellis running along the façades, connecting the house to its natural setting. The aesthetic draws inspiration from the English Arts and Crafts movement.

The park was designed by Valdemar Fabricius Hansen, who created a romantic English-style garden with a natural look, large lawns and beautiful trees. A contrast is offered by the formality of the Rose Garden, done in a stringent baroque style. In Wilhelm and Henny Hansen’s day, parts of the park were laid out as a kitchen garden with an orchard and large greenhouses that provided the family with vegetables and flowers.
(The 1918 stately home is a historical gem that has been preserved intact with its original furniture and accessories, including Danish pictures on the walls arranged in the dense Salon-style hang typical of the era’s tastes). 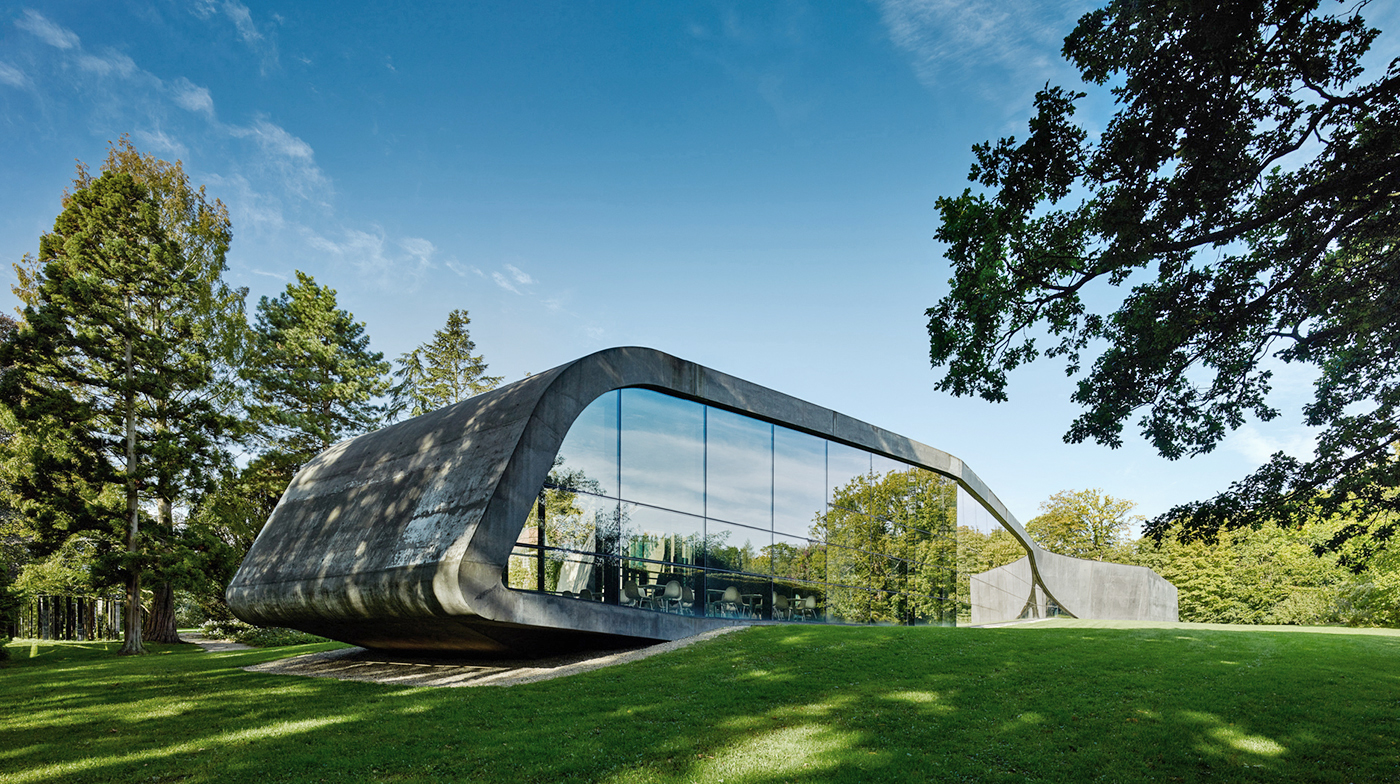 Zaha Hadid’s Wing, 2005
In 2005, Ordrupgaard was expanded, and the distinctive extension was designed by the world-famous British-Iraqi architect Zaha Hadid. Cast in black self-compacting concrete, the organic lines of this building seem to rise out of the landscape itself. The rounded ‘snout’ earned the structure its affectionate nickname – ‘the beached whale’. The extension was Zaha Hadid’s first building in Northern Europe, and the first major edifice created by a foreign architect in Denmark since the late eighteenth century. 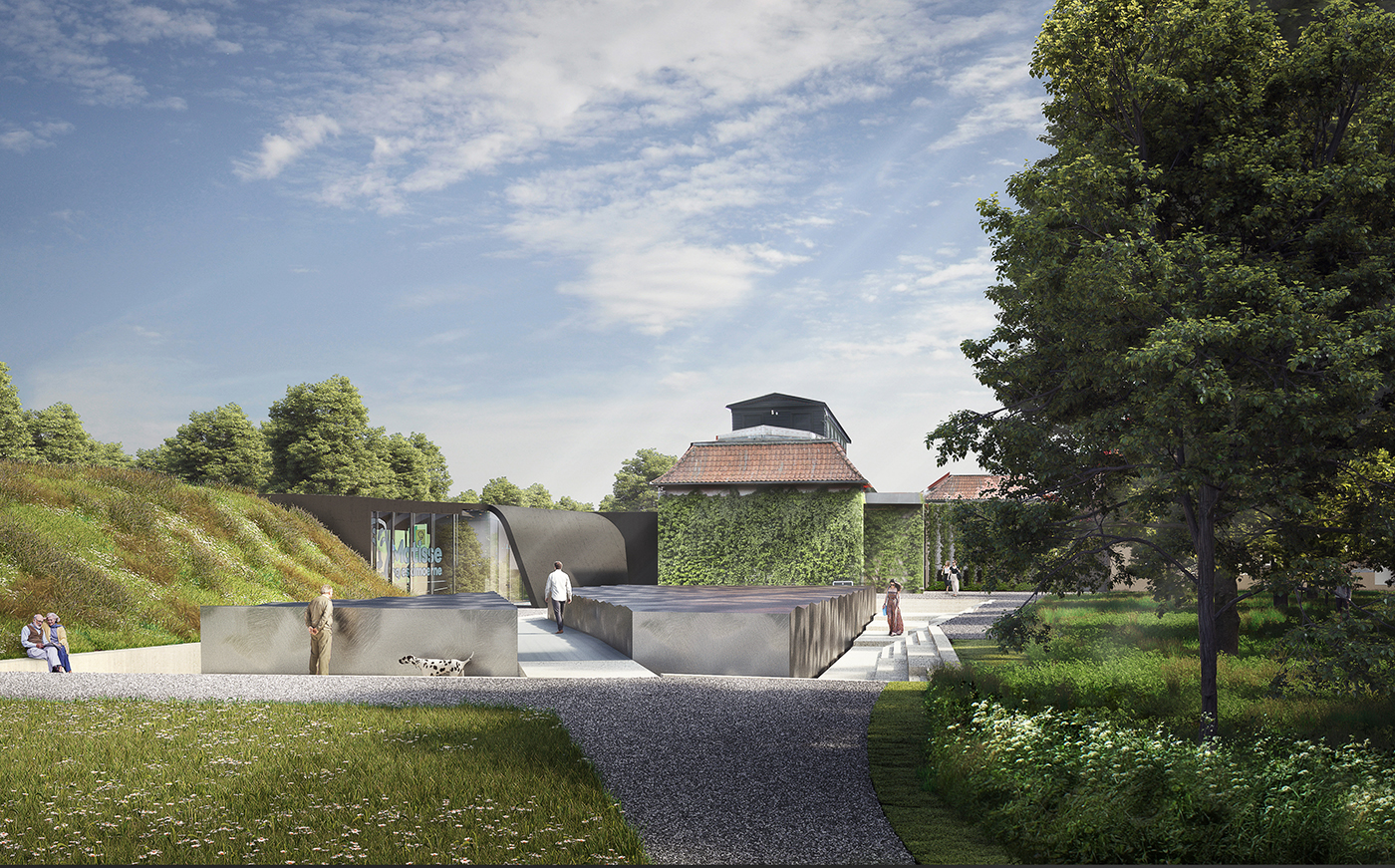 Snøhetta’s Wing, 2021
The new home for Wilhelm and Henny Hansen’s French collection is created by the Norwegian design studio Snøhetta. The project is the award-winning studio’s first building in Denmark. Located below ground, only a single expanse of steel roofing reveals the structure’s presence from the outside. The roof absorbs and reflects the changing light of the sky above, echoing the light-filled moments captured by the French Impressionists. The building ensures ideal climate conditions for the works, helping to preserve them for future generations.