Ingres stands as the Classicist and draughtsman par excellence in French art. He is often seen as the opposite pole to Delacroix, as an advocate for the primacy of the line over colour in the art of painting. He had many pupils and held a powerful, dominant position in the artistic life of his age. Central to Ingres is his passion for repeating and re-using his own figures again and again.

Oil on canvas and tree 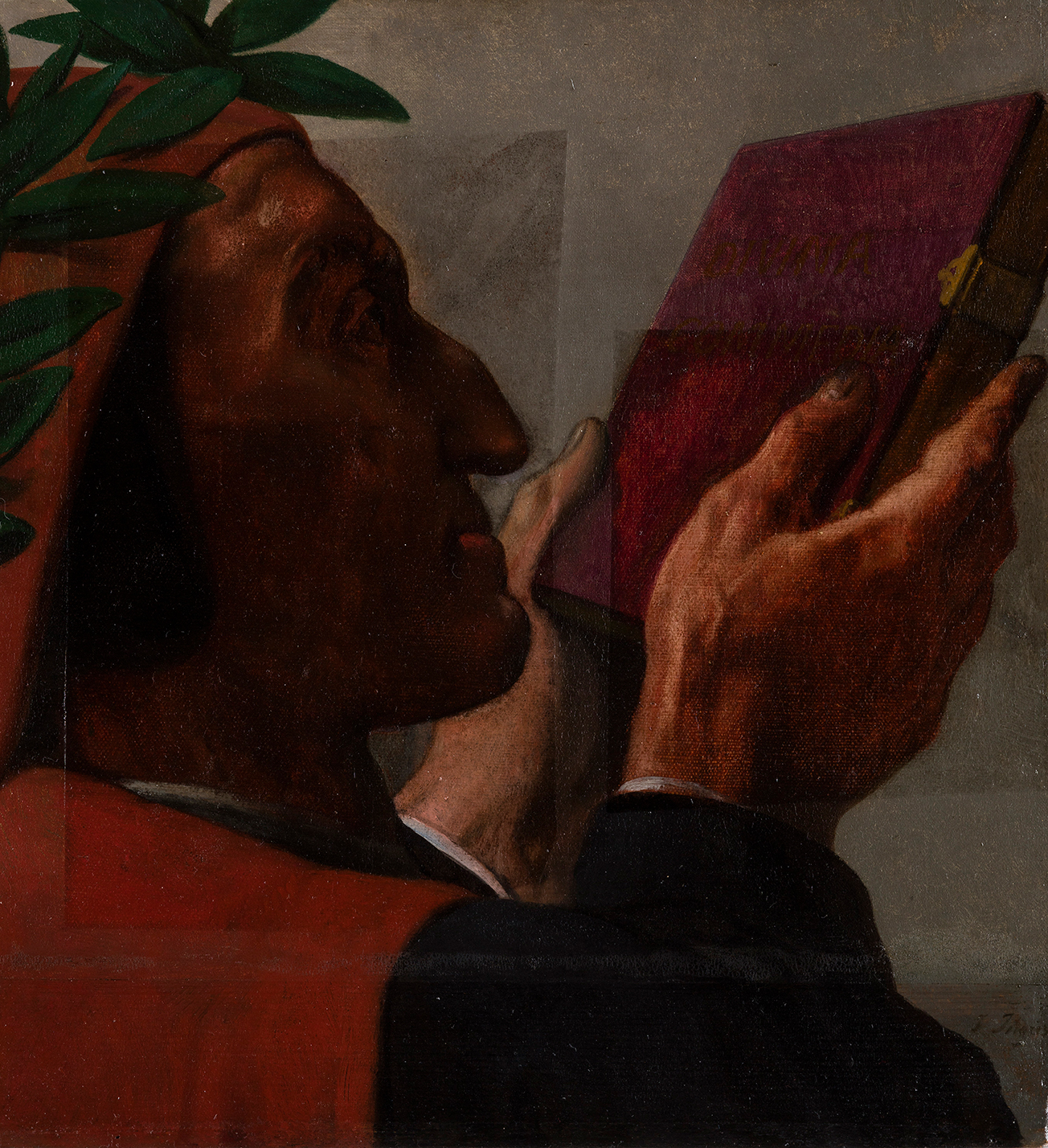 Dante Offering His Works to Homer

The picture of the medieval Italian poet Dante is in several respects a fragment. The face and hand were probably cut out of a sketch for the Dante figure in Ingres’ monumental, figure-rich composition The Apotheosis of Homer from 1827. These pieces of canvas were mounted at a far later time with new canvas on wood, and Ingres completed the figure. The collage-like technique makes the posture of the figure look squeezed compared with the figure in the large history painting The Apotheosis of Homer, where the arms are more extended, and it challenges the view of Classicism as an exclusively harmonious style.

But the interesting point is that Ingres appears to have deliberately tried to obtain this kind of view of the figure. He paints a figure which thanks to the precise linear style is very clear and Classical in expression, yet is at the same time strangely composite. His insistence on the importance of line thus testifies not only to an objective, academic attitude, but also to a more subjective, and in a way modernist view of art than is normally thought.

Charcoal and pencil on tracing paper glued upside down on rough, gray paper 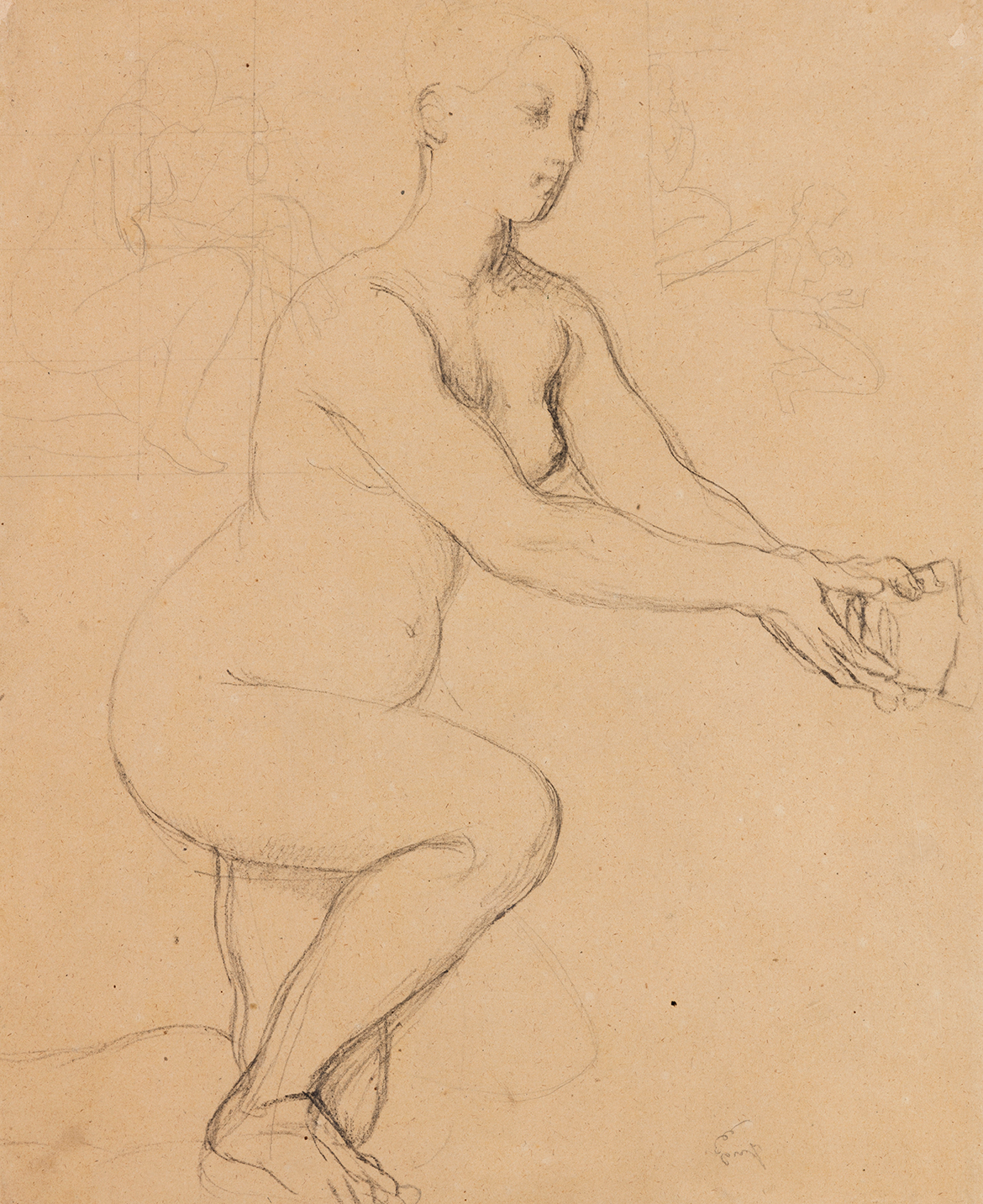