Monet was one of the pioneers in the exploration of the Impressionist method of painting. It was thus one of his works that gave the style its name. Crucial to his work is the repeated insistence on painting light, air and water.

Motifs: Landscapes around the Seine, people in natural surroundings, pictures of the modern cities Paris and London, series of selected motifs viewed in different lights, for example the Cathedral in Rouen and haystacks on a field, pictures from his garden in Giverny – of water-lilies, among other things. 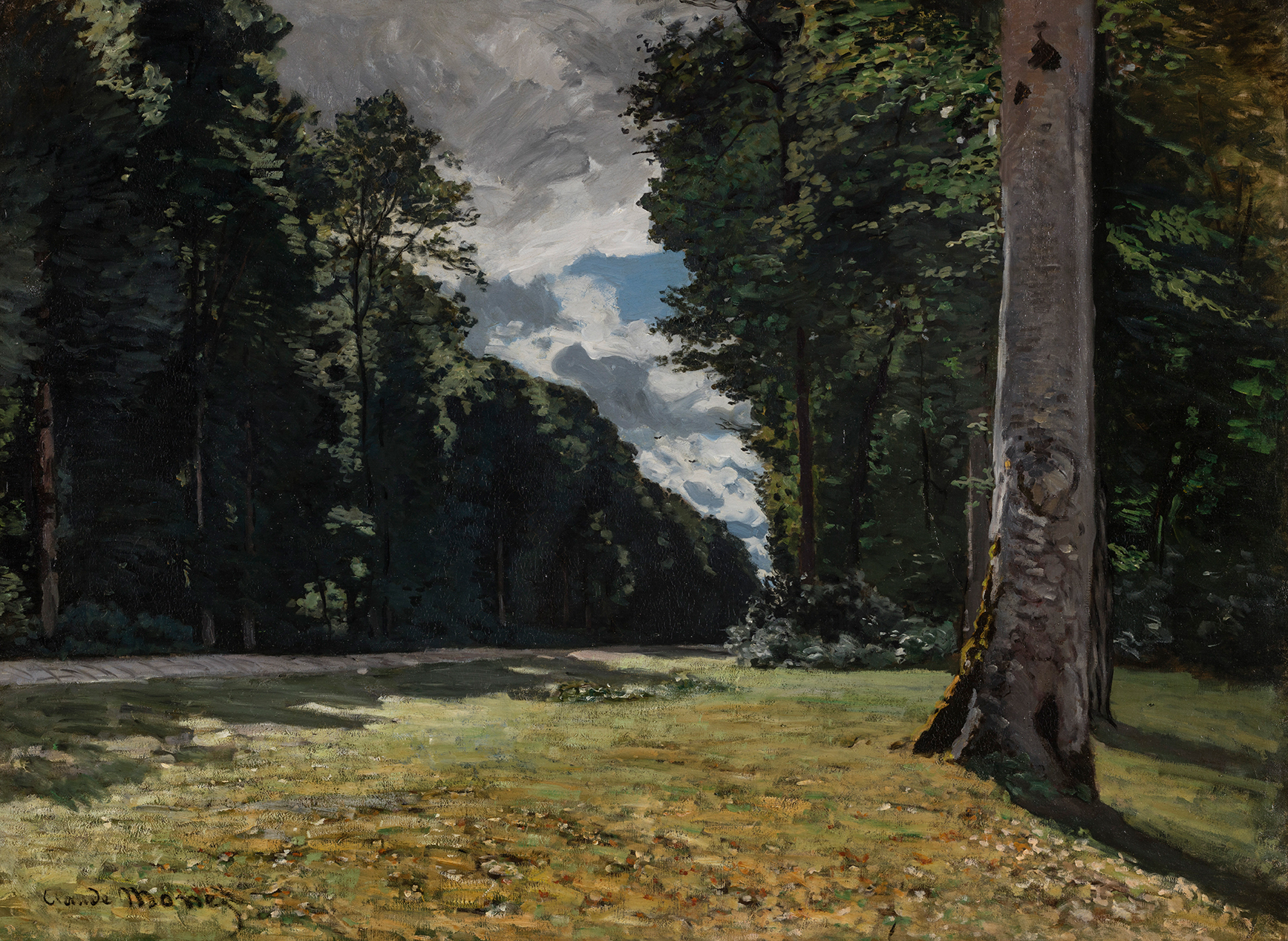 The Chailly Road through the Forest of Fontainebleau

Early in his career, around 1865, Monet worked with the motif of the picnic, Dejeuner sur l’herbe. The motif was known from Manet’s famous, epoch-making painting from 1863, which Monet wanted to challenge. Ordrupgaard’s picture can very much be seen as an independent work, but also as a kind of sketch for the monumental figure composition that Monet planned as a counterpart and challenge to Manet’s work.

As a composition the picture has an absorbing effect on the observer. The deep, traditionally conceived perspective draws the eye far down the woodland path, and the cloud formations above attract the gaze. But if we see the picture as a preliminary to the large figure composition, we rather notice its scenic character, and can imagine how Monet could have placed his figures in the forest clearing in the right of the picture – it seems as though the picture is a magnificent backdrop for a salon picture where the story is missing. 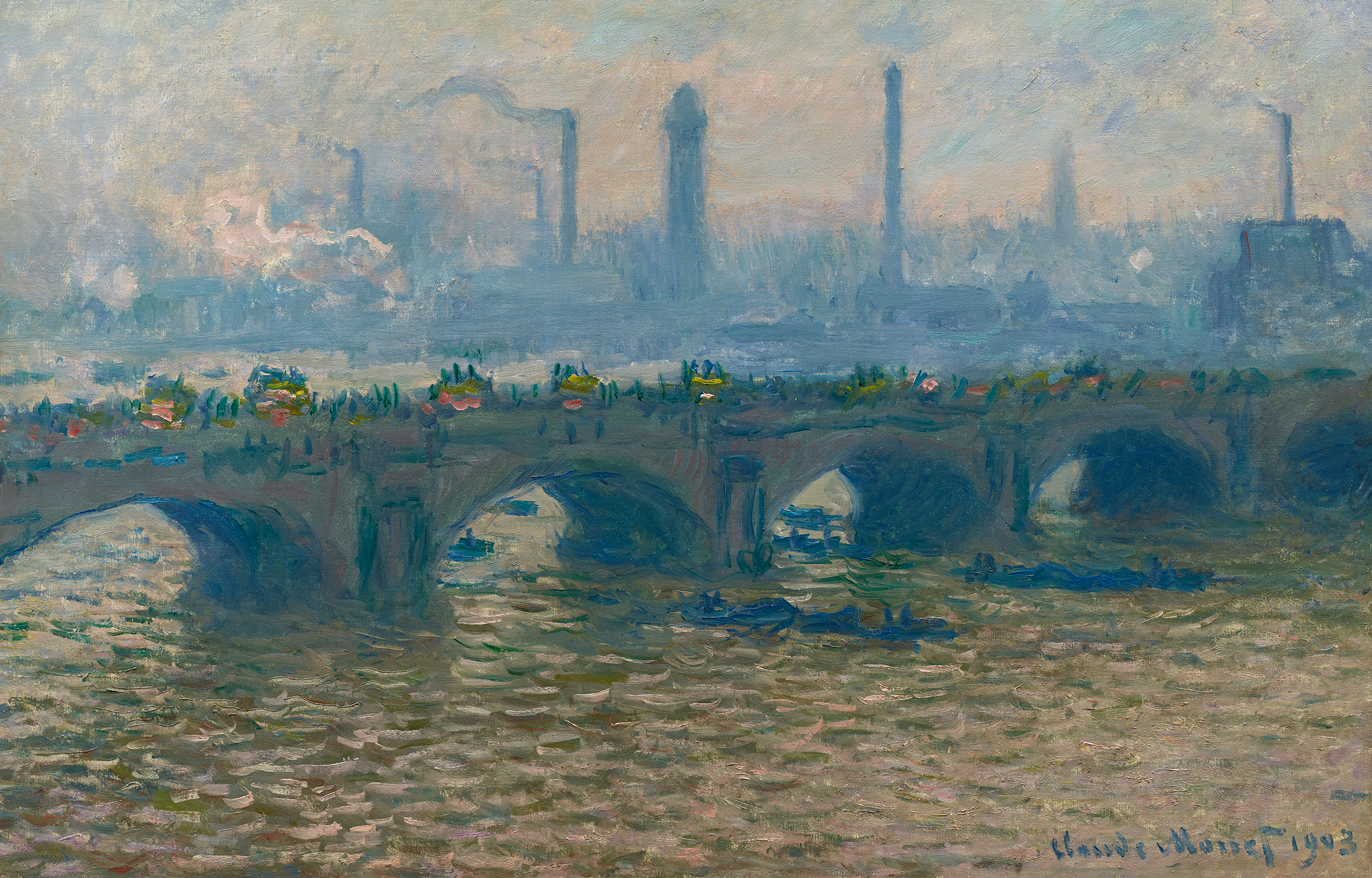 This picture belongs to one of the extensive series on which Monet started at the beginning of the 20th century. From a hotel room in London he painted the view of Waterloo Bridge, the Thames and the factories on the opposite bank in different weather conditions and at different times of the day. The pictures are not so much views as a kind of studies of atmospheric conditions and phenomena: the rippling of the water, the traffic that passes over the bridge, chimney smoke in the background and above all the veil of light or fog that envelops the whole motif.

The flickering, instantaneous character of the pictures was often the result of a long working process. In this case Monet seems to have begun the painting in London and later finished it over an extended period in his studio in Giverny. 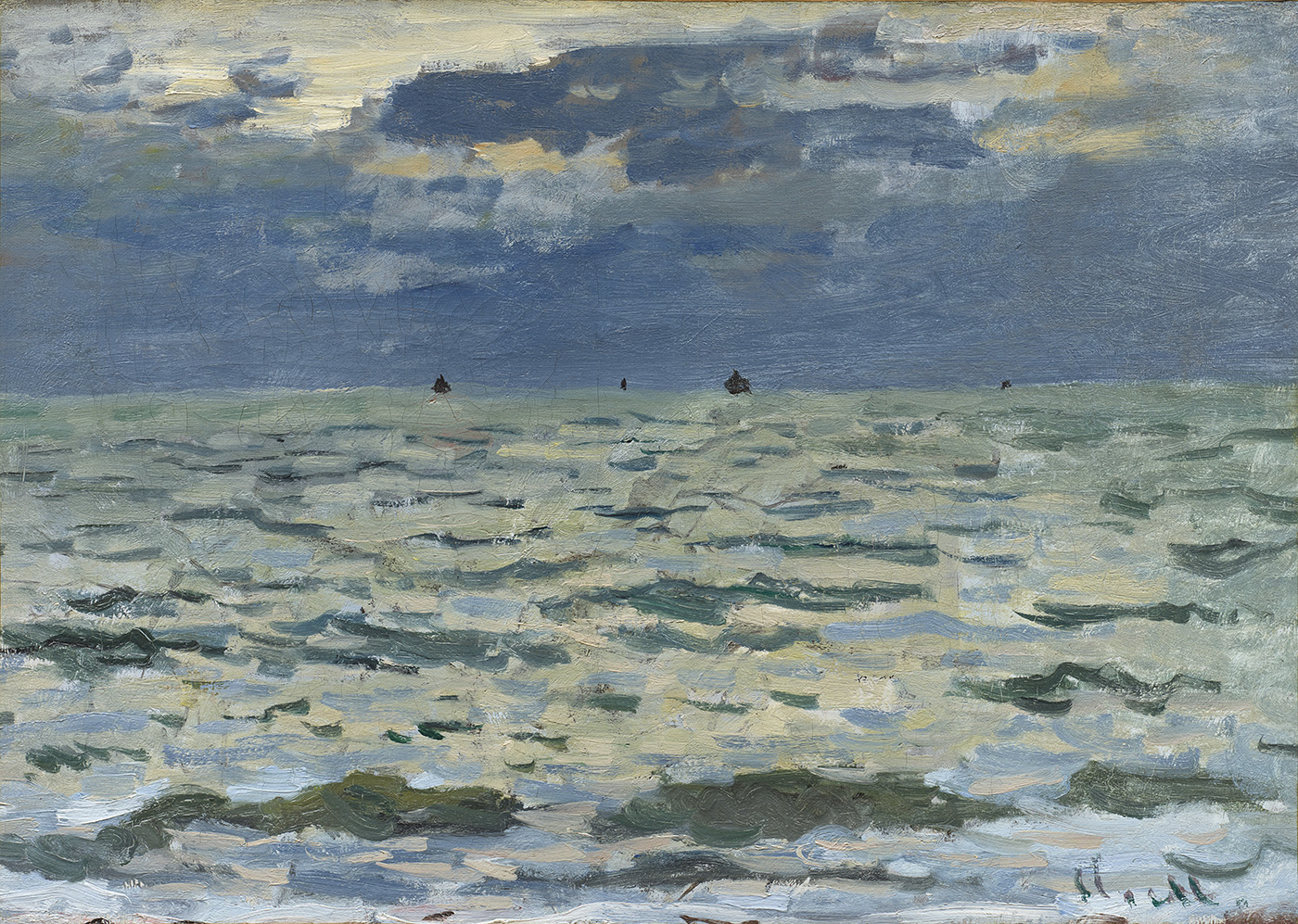 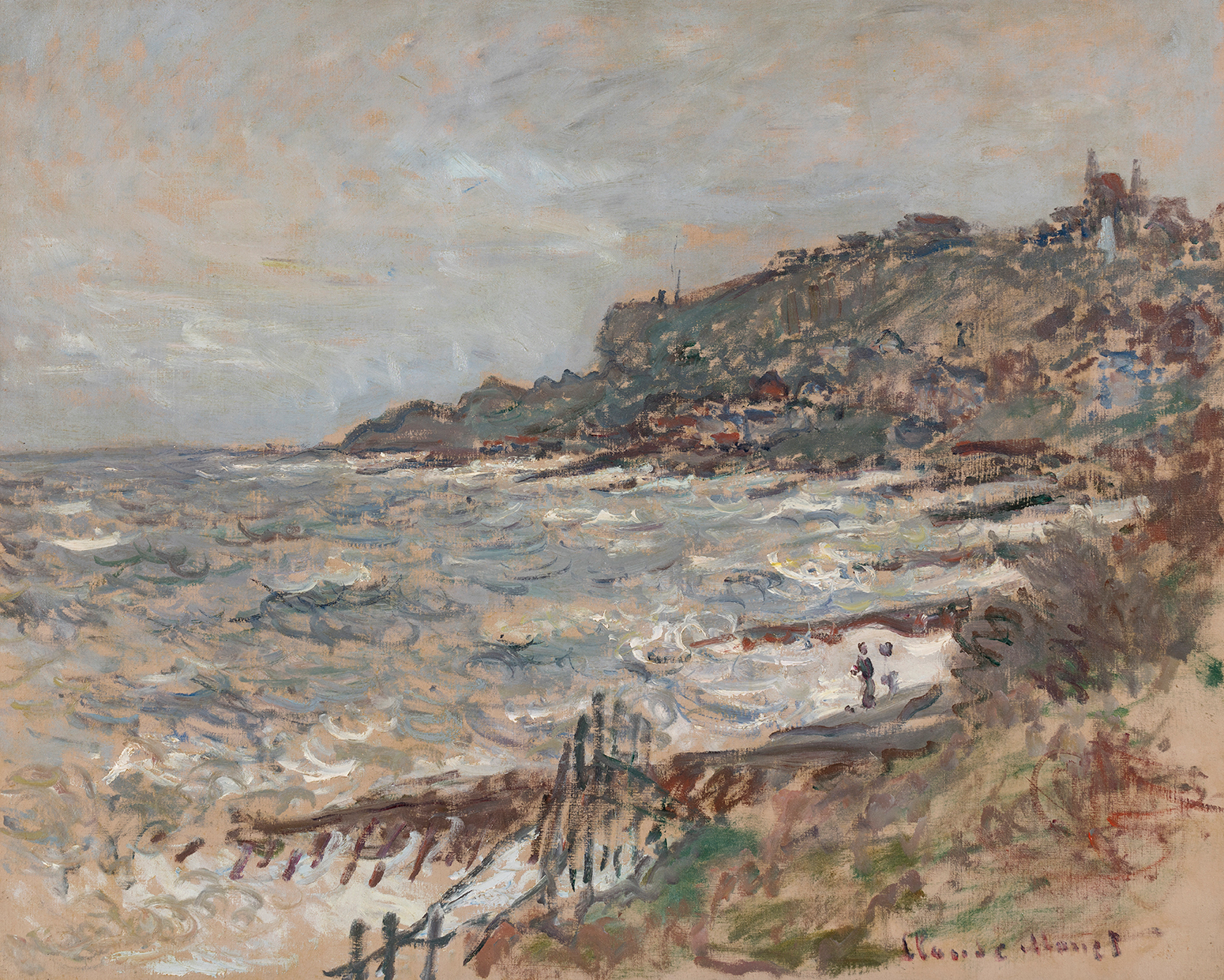 The Cliffs near Sainte- Adresse, Overcast