The pictures for which Wilhelm Marstrand is best known today are genre pictures from Italy, paintings with scenes from Ludvig Holberg’s dramas and an impressive number of – often highly narrative – drawings. His oeuvre also includes history paintings and portraits that follow in the footsteps of Eckersberg.

A typical feature of the genre pictures and the pictures with Holberg motifs is an immense wealth of figures. In particular, the pictures from Italy show a huge array of different human types in scenery-like renderings of Roman street life that seemed exotic to Northern European eyes. 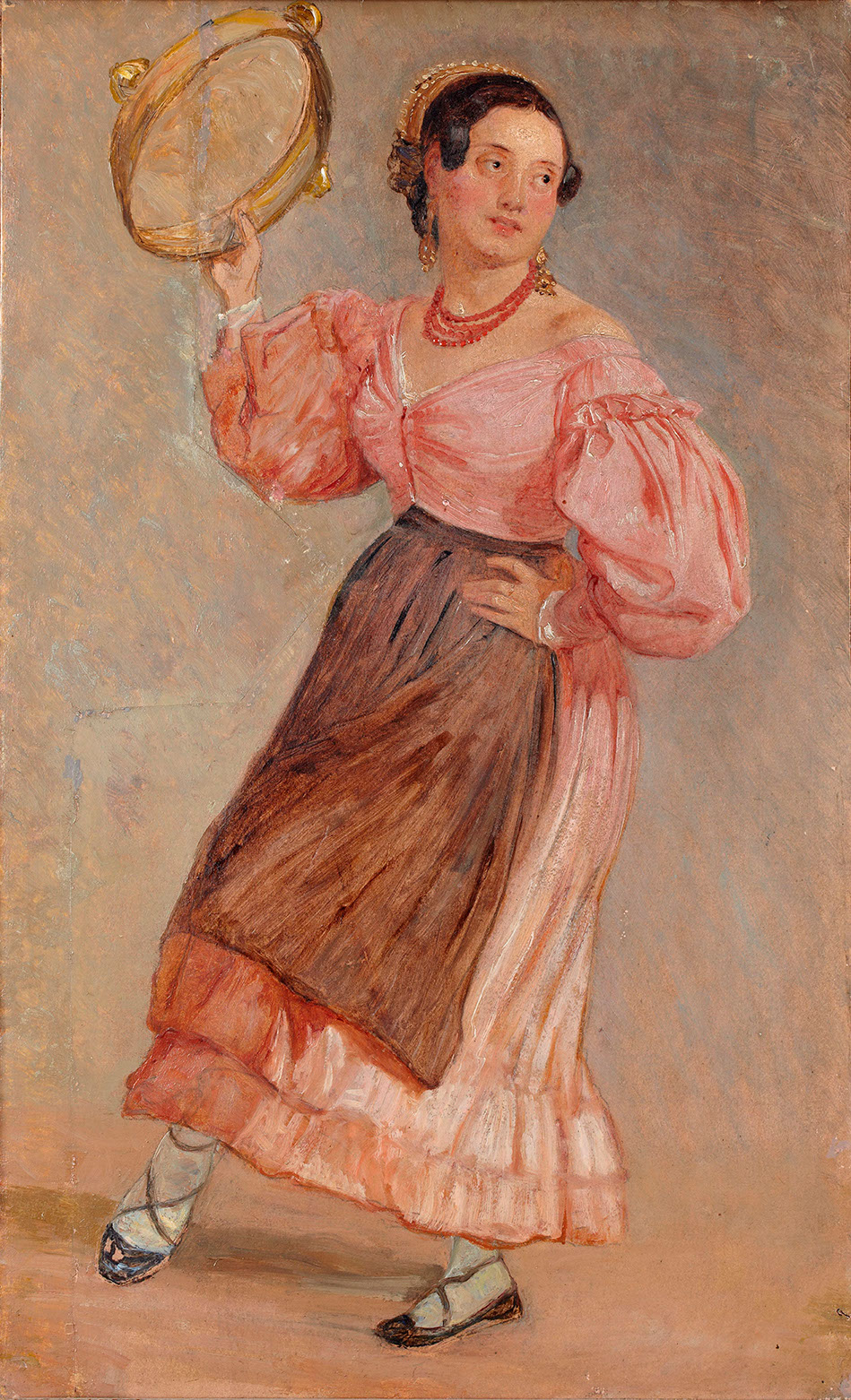 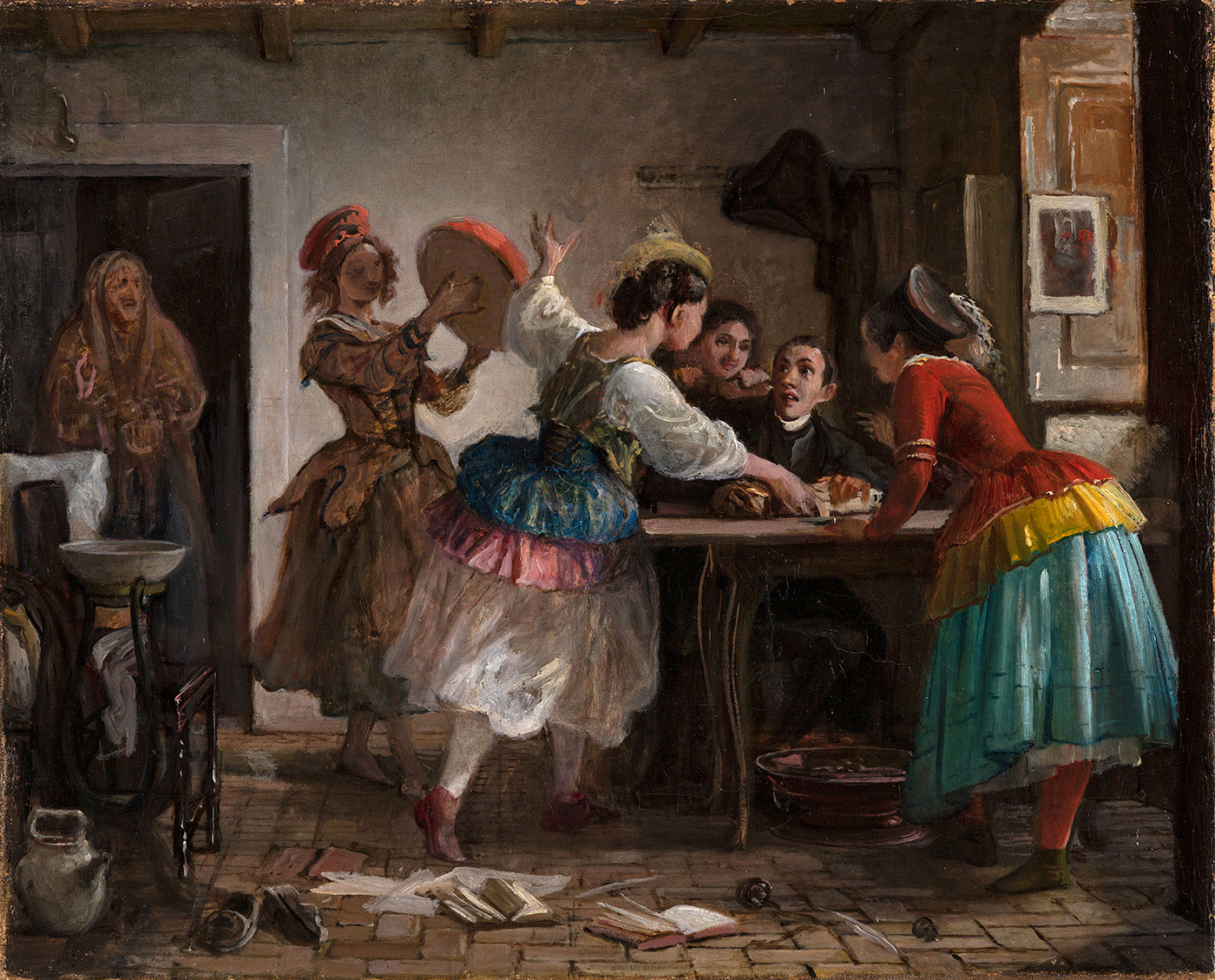 Girls in Carnival Costume Joking with a Priest

Oil, pen and ink on paper 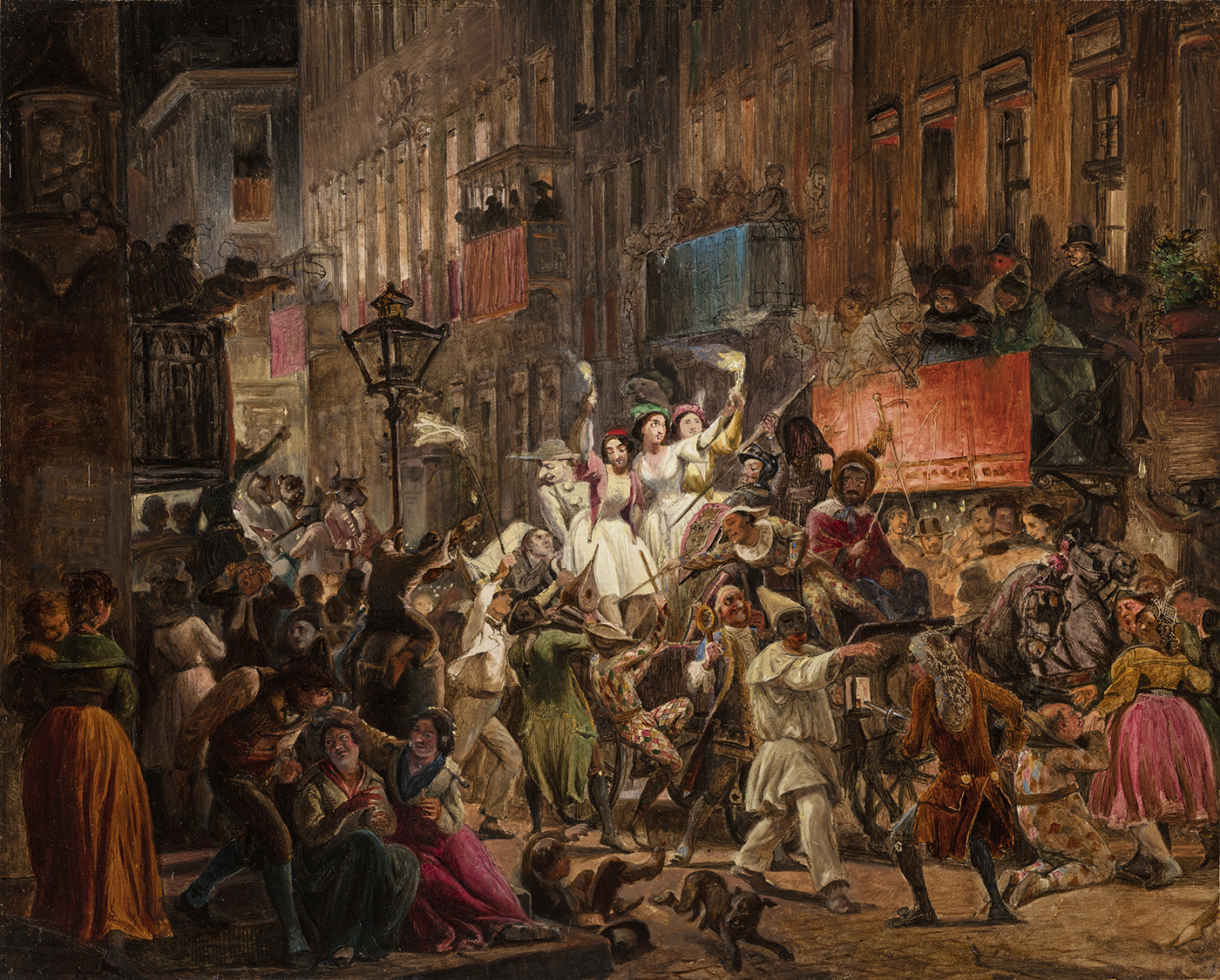 Oil, pen and ink on paper

The Moccoli Evening on the Corso in Rome

This picture was painted during Marstrand’s second study trip to Rome and shows his experience of the last night of the Roman Carnival. The carnival parade is on its way through the main street of Rome, the Via del Corso, where the point is to extinguish one another’s small candles called moccoli.

Marstrand dwells on the amusing and piquant scenes that arise in this game of disguises, light and dark. He has tried to control the tumultuous scene by placing the types strategically in the composition. On the left we can see a mother and child as a protective Madonna group, and on the right, as a contrast to this, a lady of easy virtue with her admirers. Centrally in the picture and between these poles, three white-clad women shine in the crowd like goddesses.

One important figure who emphasizes the distanced position of the observer is a male spectator with a black top hat at the back of the balcony on the right of the picture. He seems foreign, and stands in isolated majesty, signalling melancholy amidst all this wanton light-headedness. It looks as though Marstrand is showing this type as a parallel to his own role as a foreign observer of the exotic life of Italy. It is typical of Marstrand – and presumably also one of the reasons for his interest in the plays of the great human observer Holberg – that amidst the merriment he always included the other side of the festivities in the picture – the decay, and the sadness associated with the feeling of being an outsider.

Oil and pen on paper 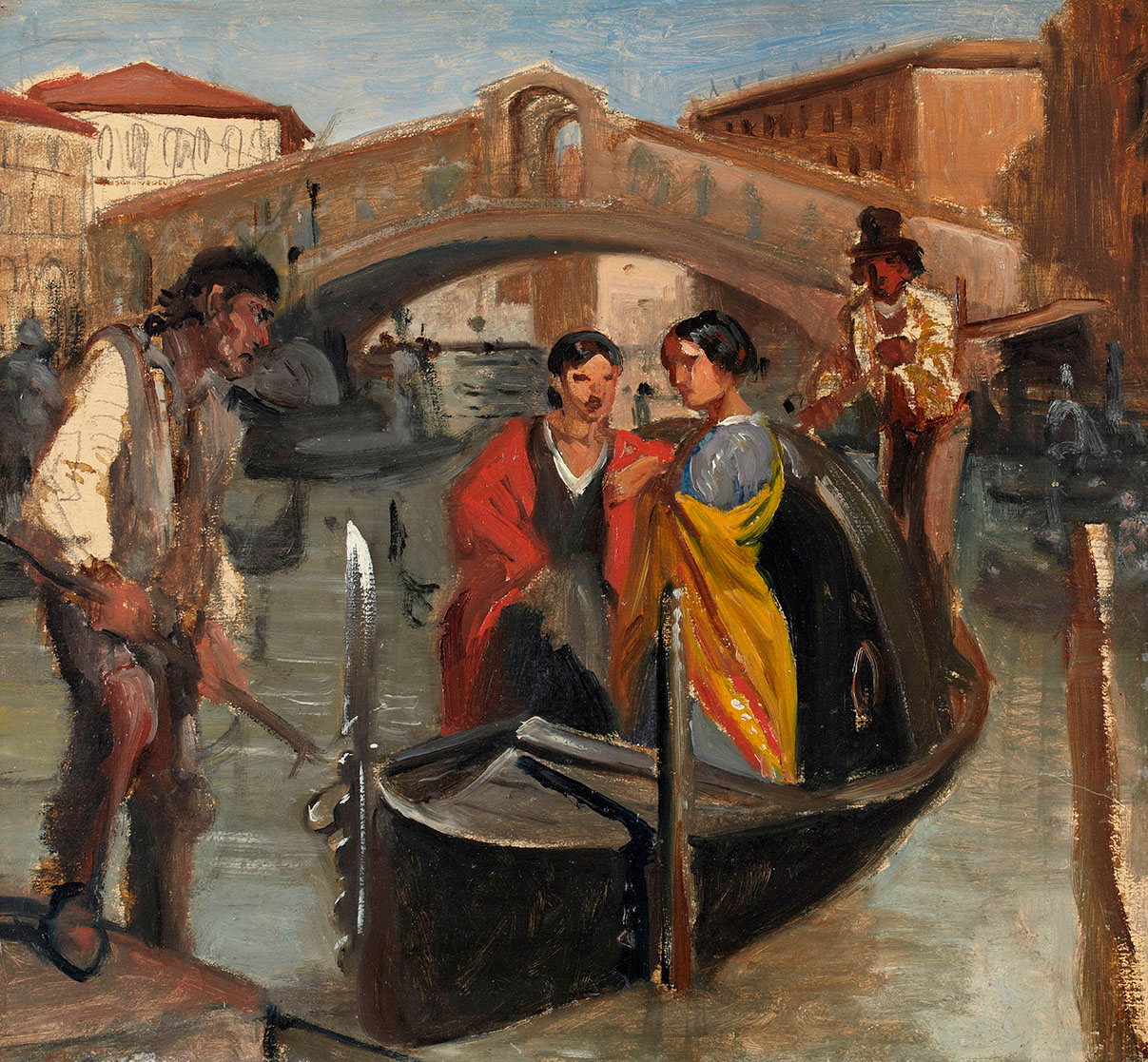 Oil and pen on paper 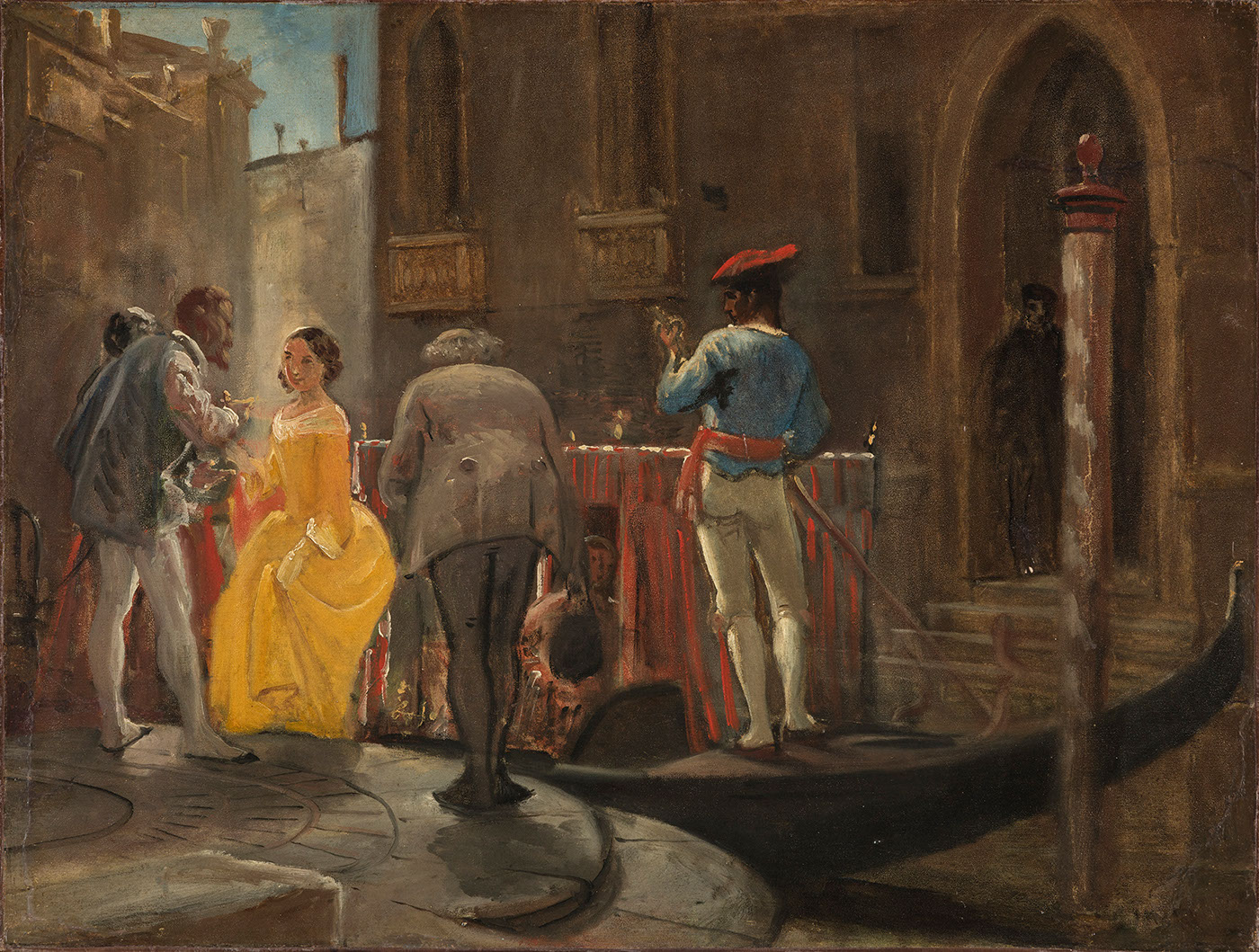 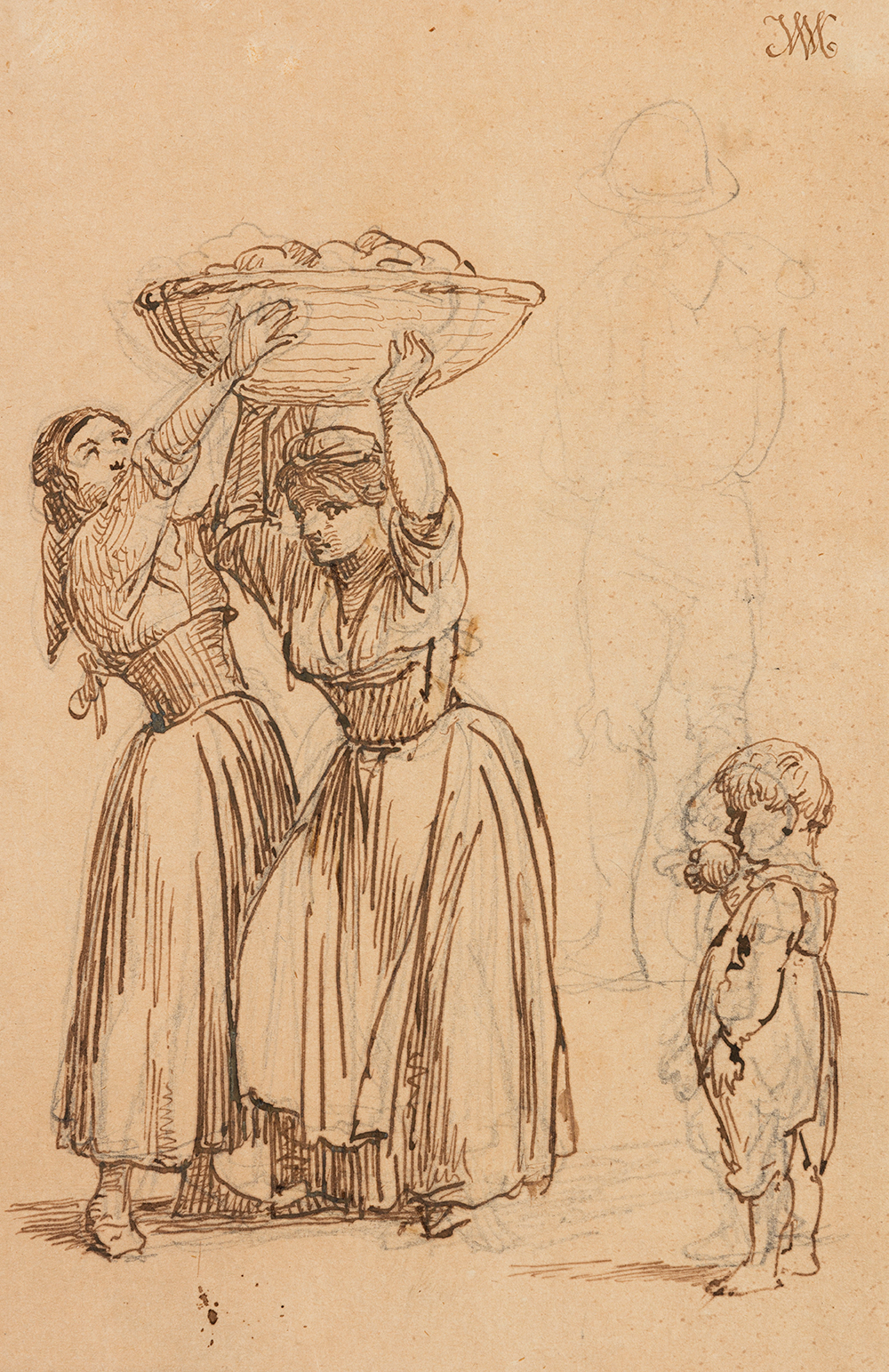 The Heavy Basket of Fruit 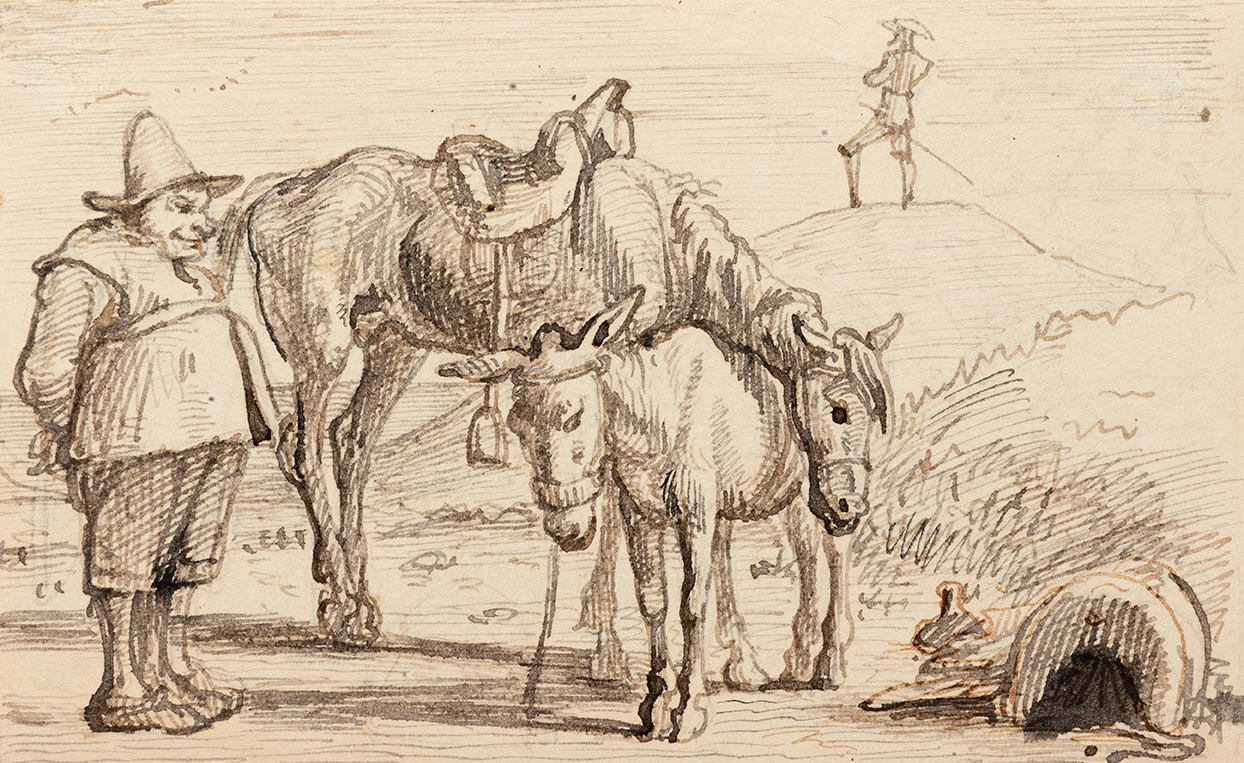 Don Quixote in Search of Opportunities for Fresh Deeds of Valour 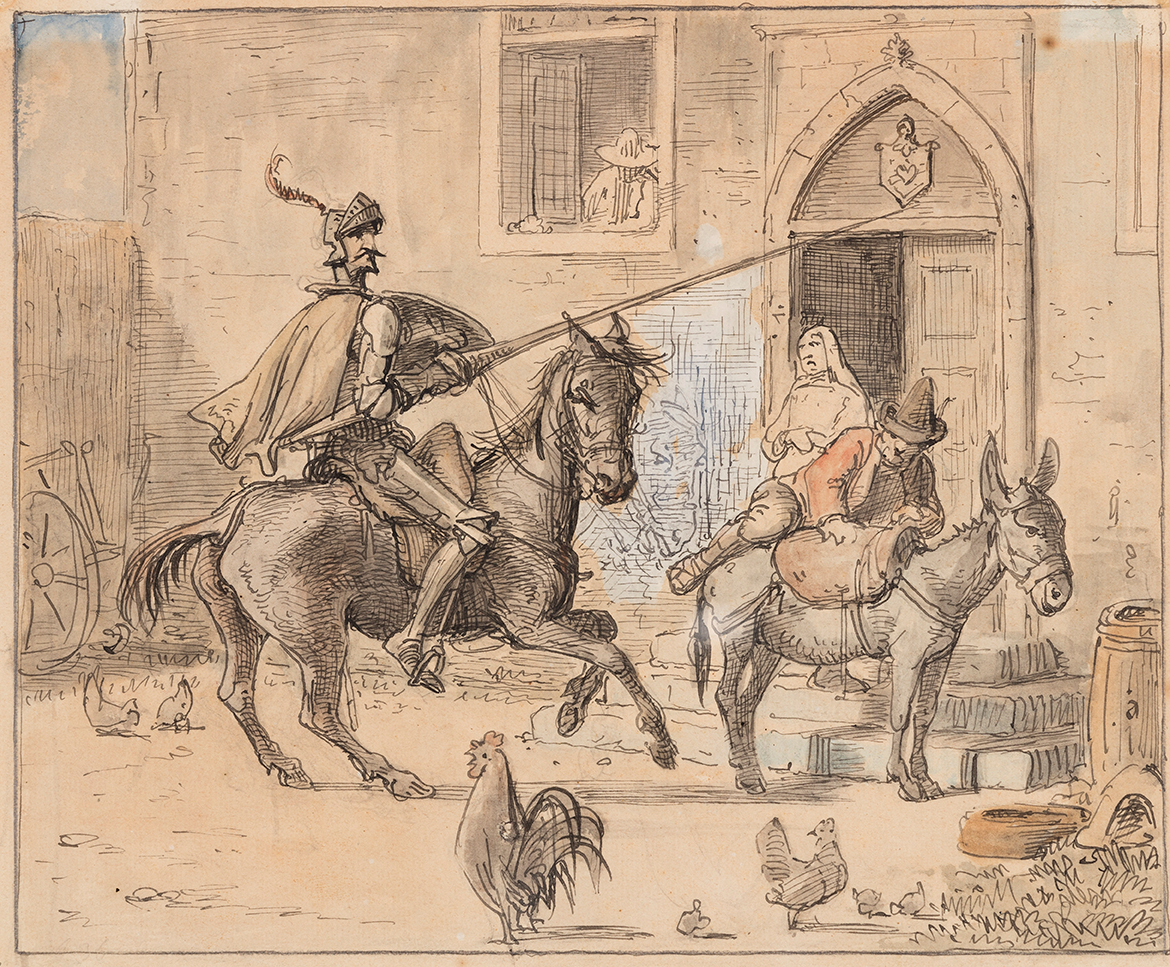 The Lovers. Difficulties of Physiognomy 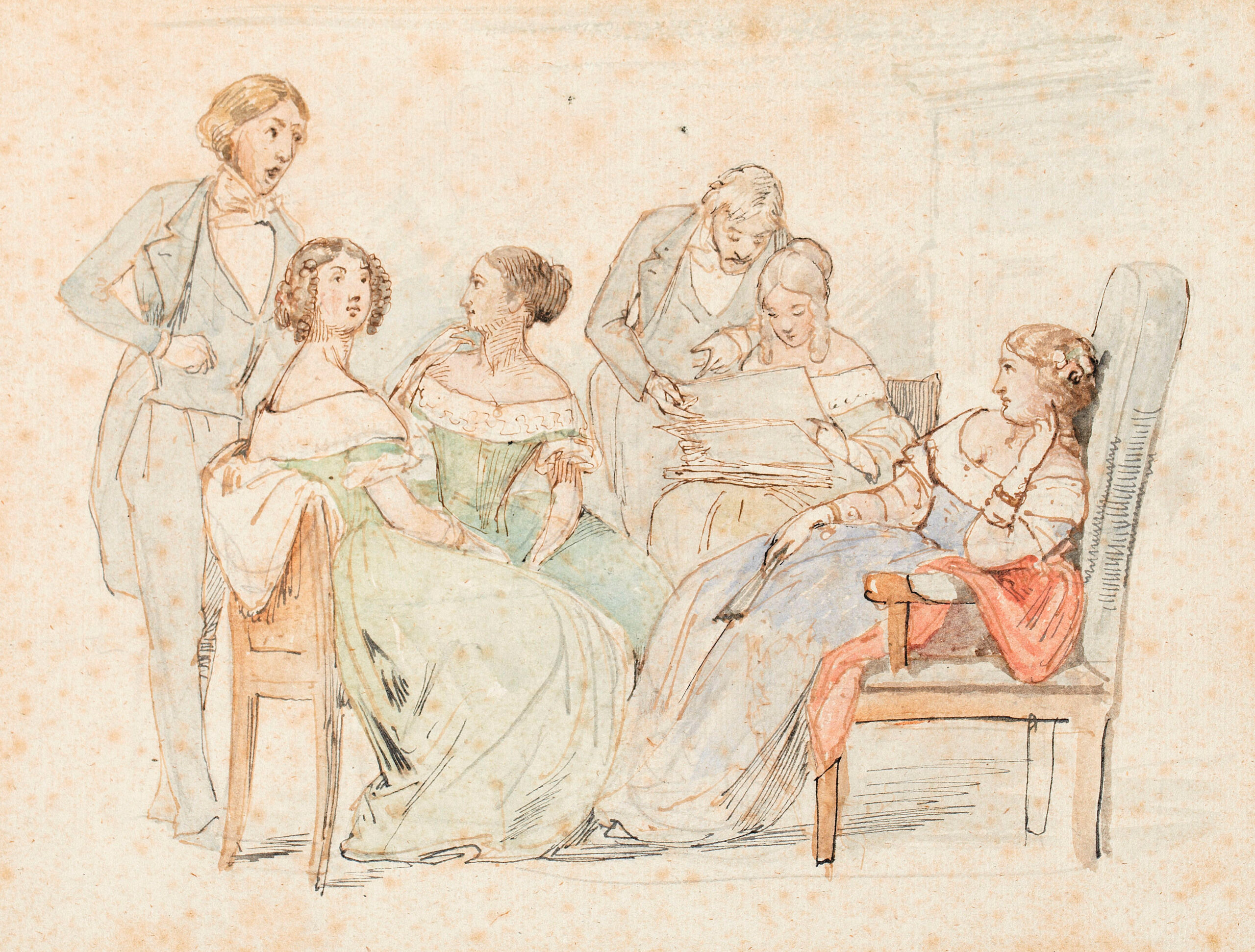