Hammershøi was the last great painter in Danish nineteenth-century art. He painted against a background of modern experience, but his painting never broke with the basic rules that had defined the point of departure for the pictures of the Danish Golden Age. His work therefore has a distinctive, striking character which expresses both his independent artistic temperament and a longing for the Golden Age whose foundations had been reduced to ruins.

In 1898 Hammershøi moved with his wife Ida to the house on Strandgade 30 where they lived until 1909. The intimate artistic association with central Copenhagen gave his art a new direction. Whereas his motifs had formerly alternated between figure and landscape painting, this location truly made Hammershøi a painter of interiors. The rooms became his constant source of subjects, and the walls and windows that formed the boundary against the world almost literally became the background for his painting. 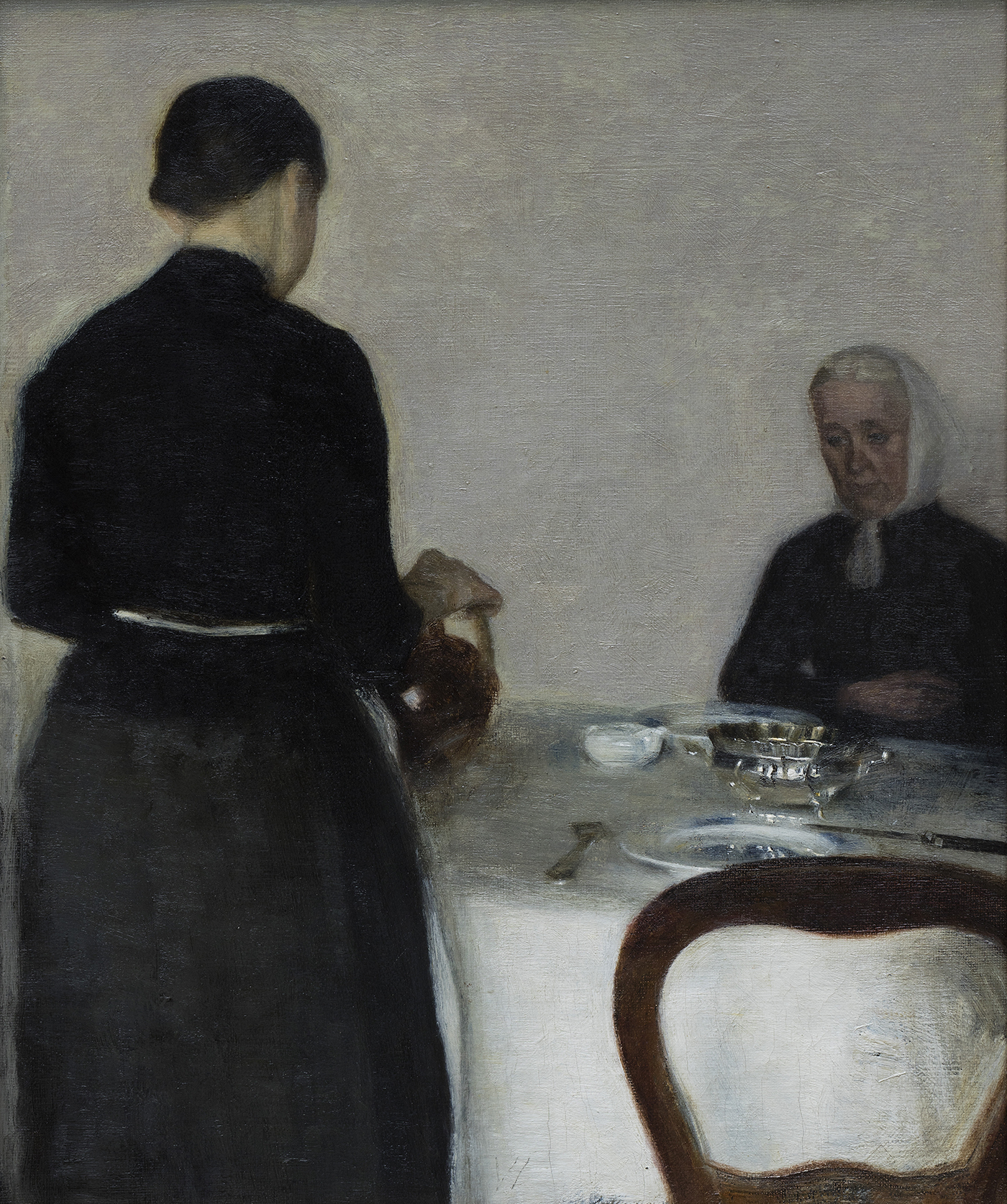 Interior with the Artist’s Mother and Sister 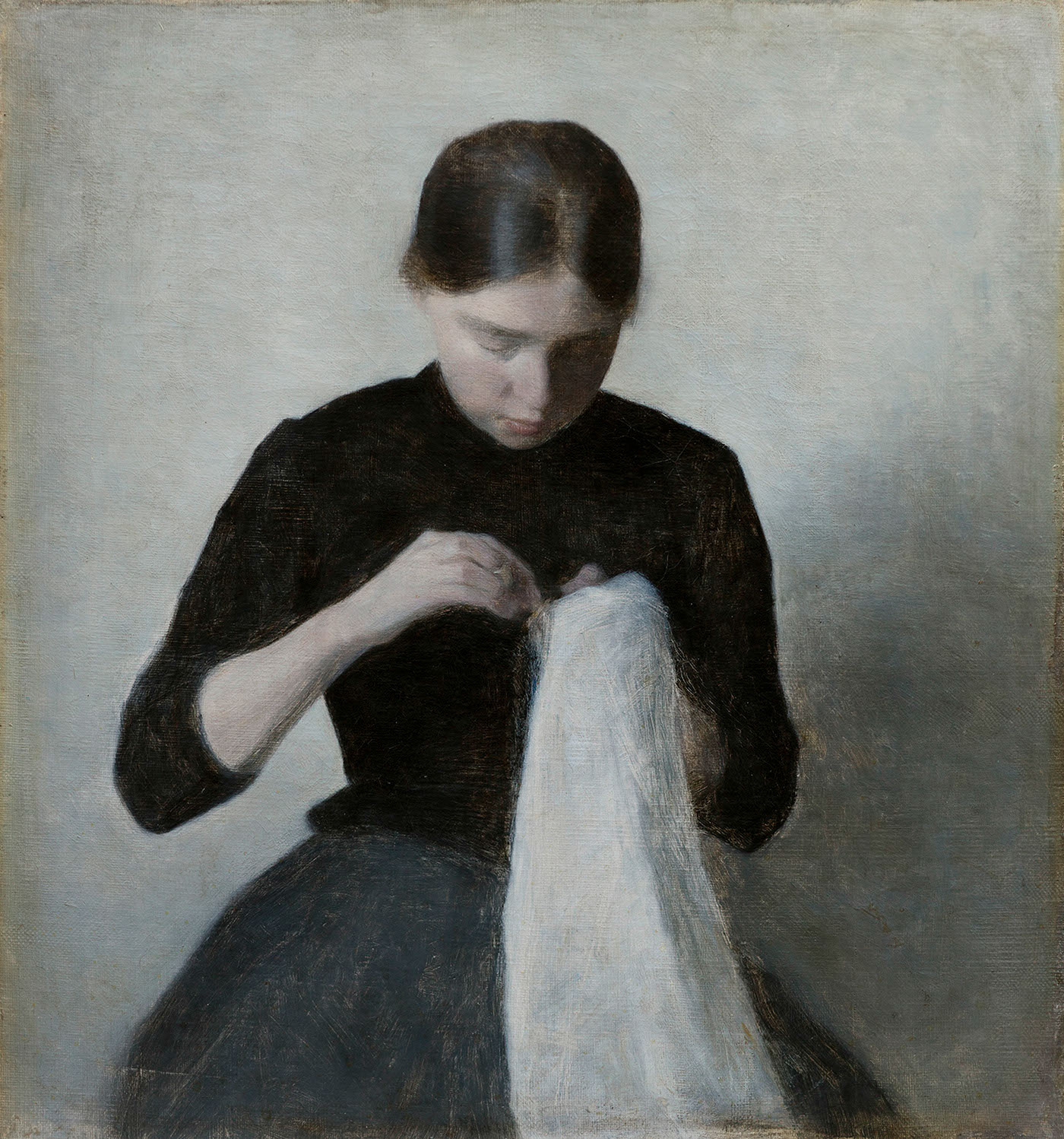 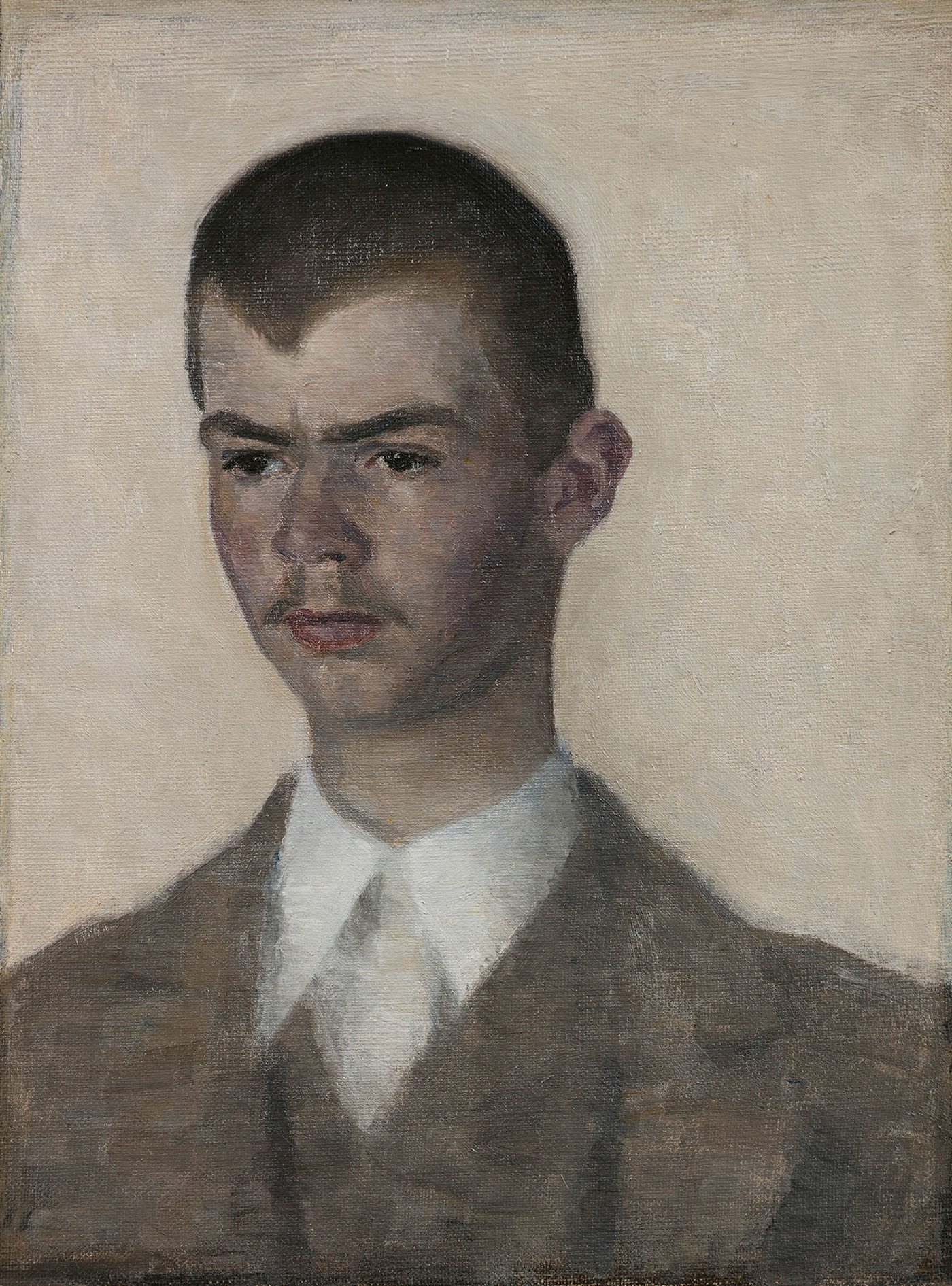 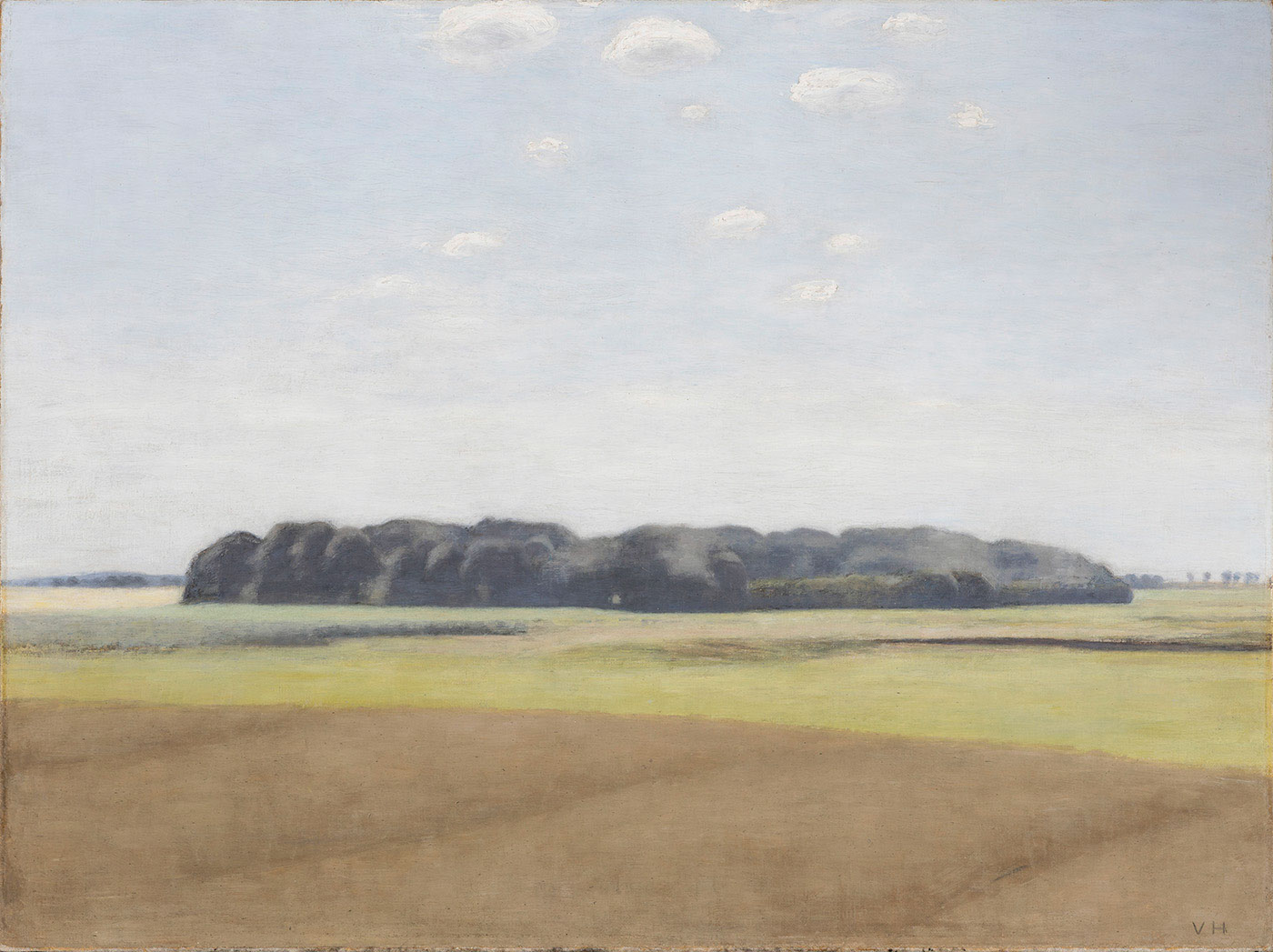 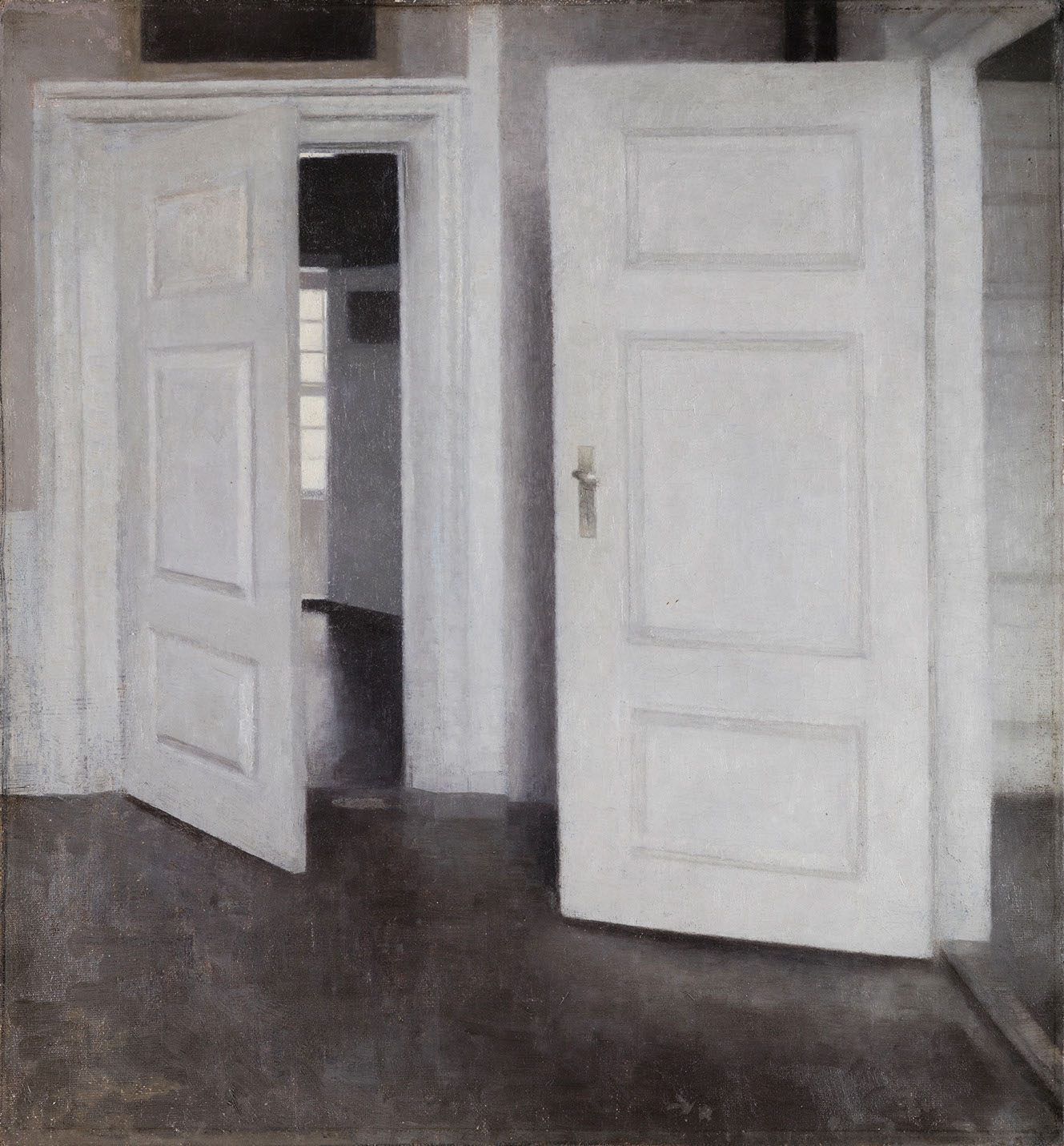 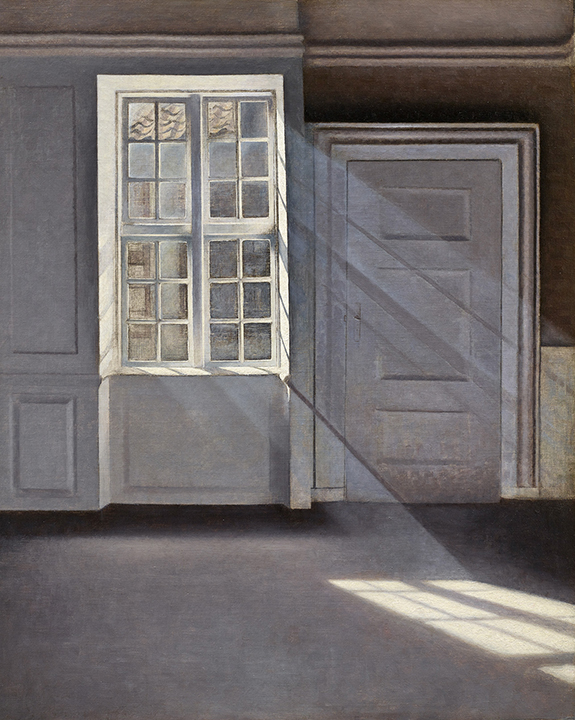 Sunbeams or Sunlight. Dust Motes Dancing in the Sunbeams. Strandgade 30

This picture looks like a study of the light in all its forms: In the vibrant play of reflections over the walls and in the fall of the light shadows across the floor, the light almost seems to dissolve the fixed boundaries of the room. At the same time it takes on its own fixed form, penetrating with such strength and presence that it manifests its own reality. Almost tangibly, it falls in from the window and lies like a geometrical form across the floor. At once visible and non-material, it takes on a mystical quality captured in the concrete scene. Hammershøi in fact called the picture purely and simply Sunshine or Sunbeams when he exhibited it. It was only later given its more lyrically narrative title Dust Motes Dancing in the Sunbeams. 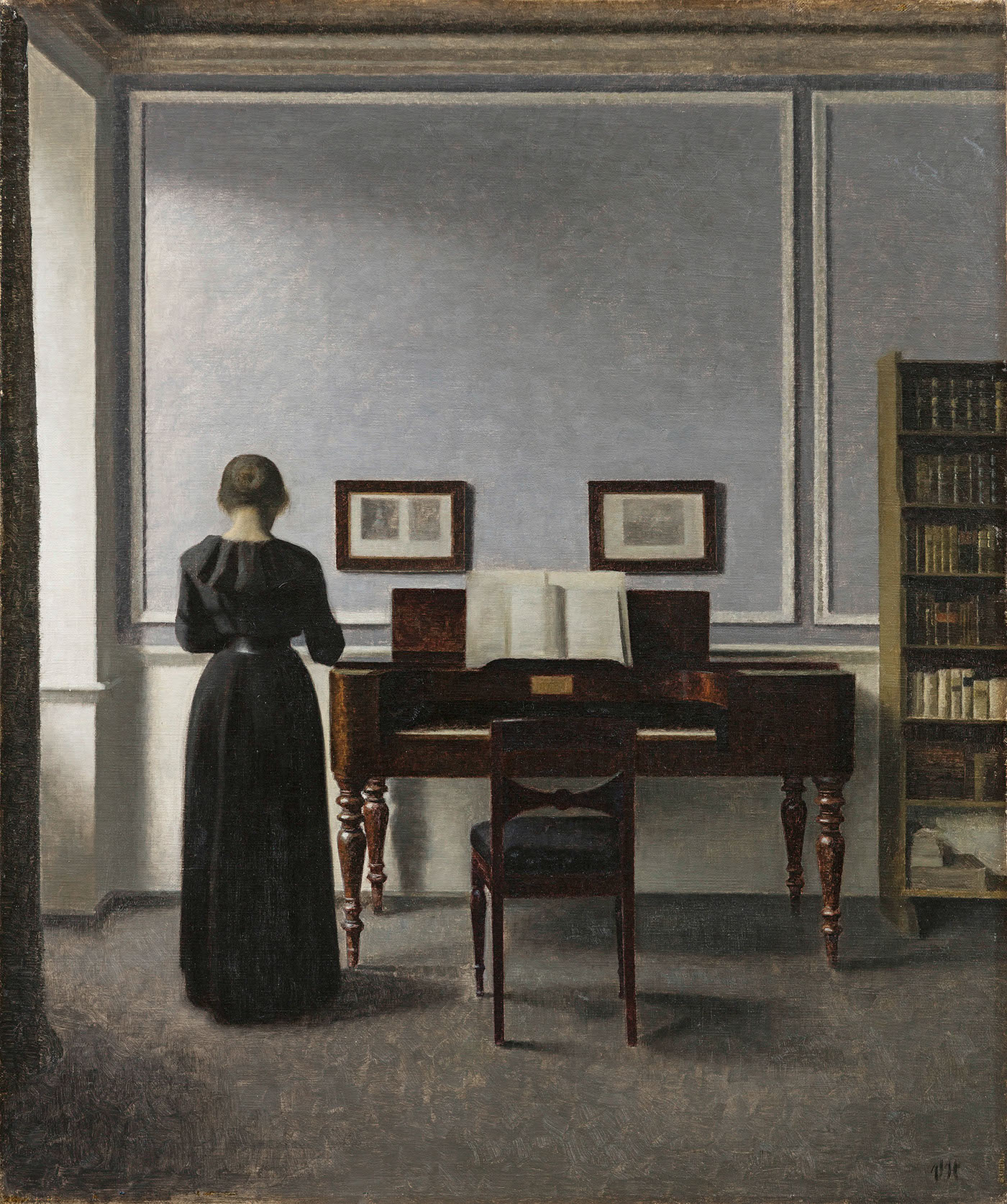 Interior. With Piano and Woman in Black. Strandgade 30

Hammershøi painted his rooms either empty as in Dust Motes Dancing in the Sunbeams, or populated by objects and people like this, one of the more furnished pictures. The interior is rendered with measured distance – both in the played-down character of the colours and in the characteristic formal structure where the immediate foreground of the picture is empty.

A typical figure in Hammershøi’s work is the woman with her back to us. She stands unmoving as a pillar, not engaged in any action but silently absorbed in her own thoughts. She is like the furniture – and neither the woman nor the furniture demonstrates or carries any real meaning. All the same it is as if an invisible meaning is present. The elements of the picture might suggest an allegory of love and art: not a living, fruitful exchange but an inaccessible tableau where the woman and the objects, encapsulated like objects, first and foremost become an image of melancholy longing. 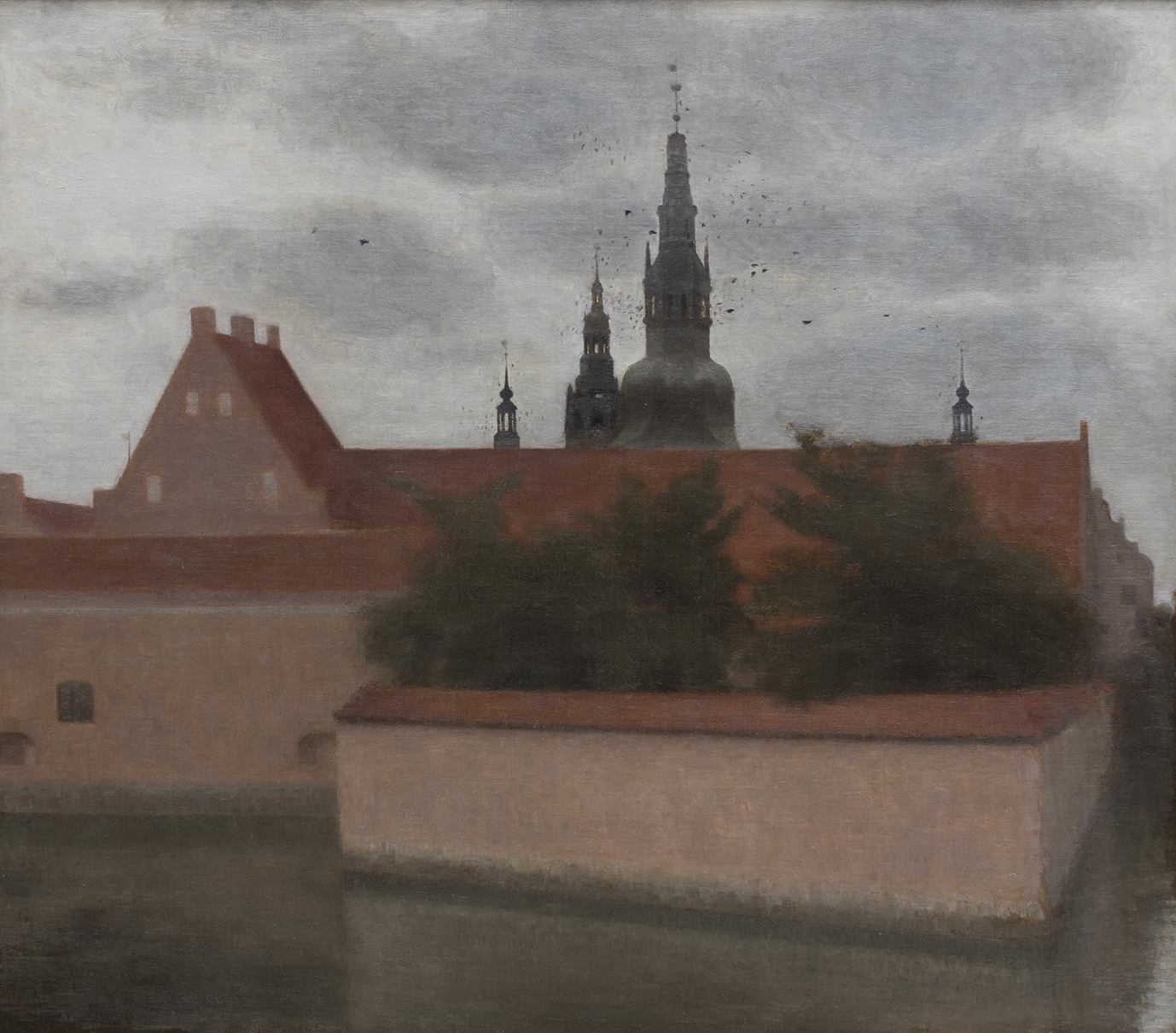 View of the Frederiksborg Castle 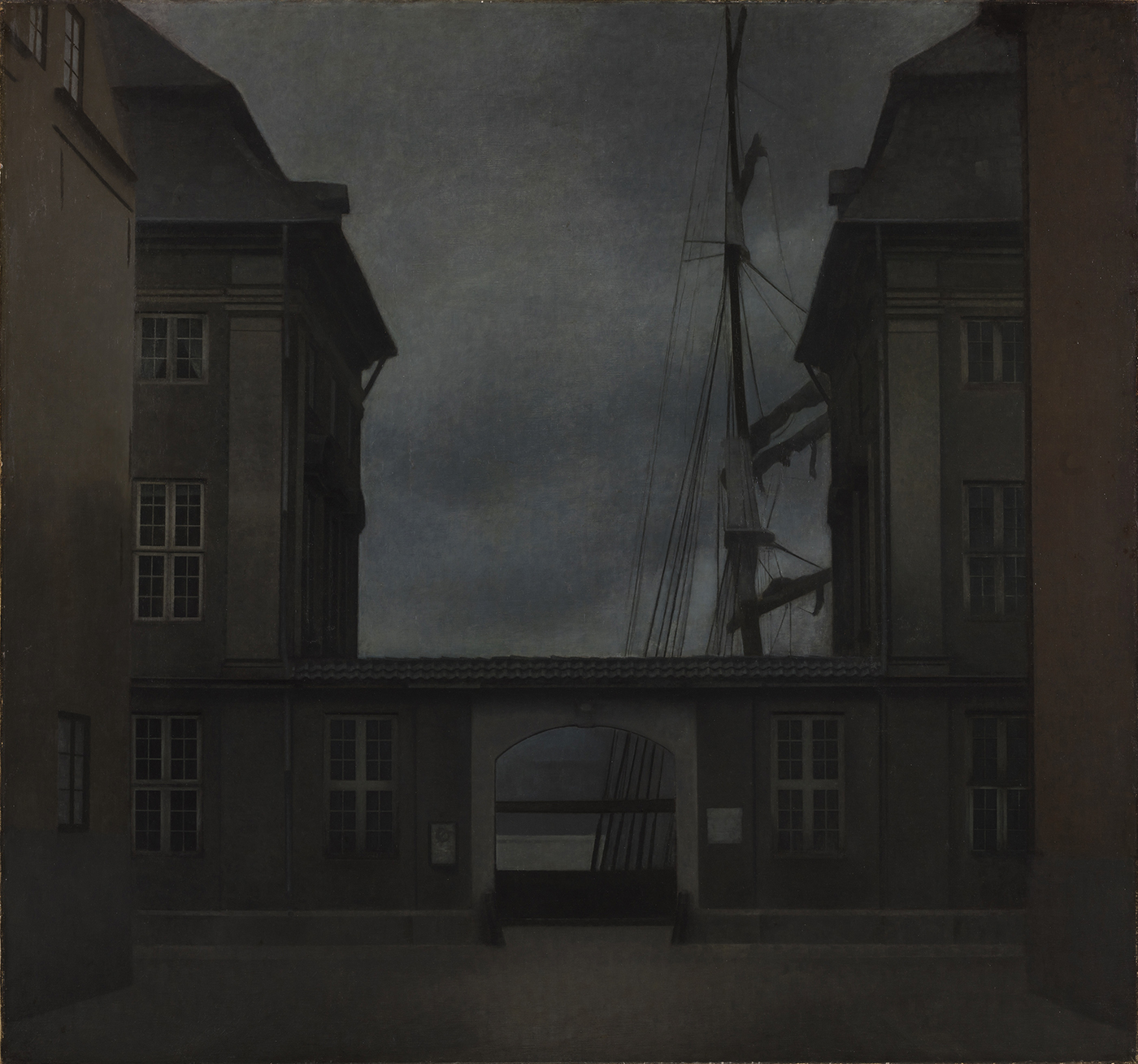 View of the Old Asiatic Company 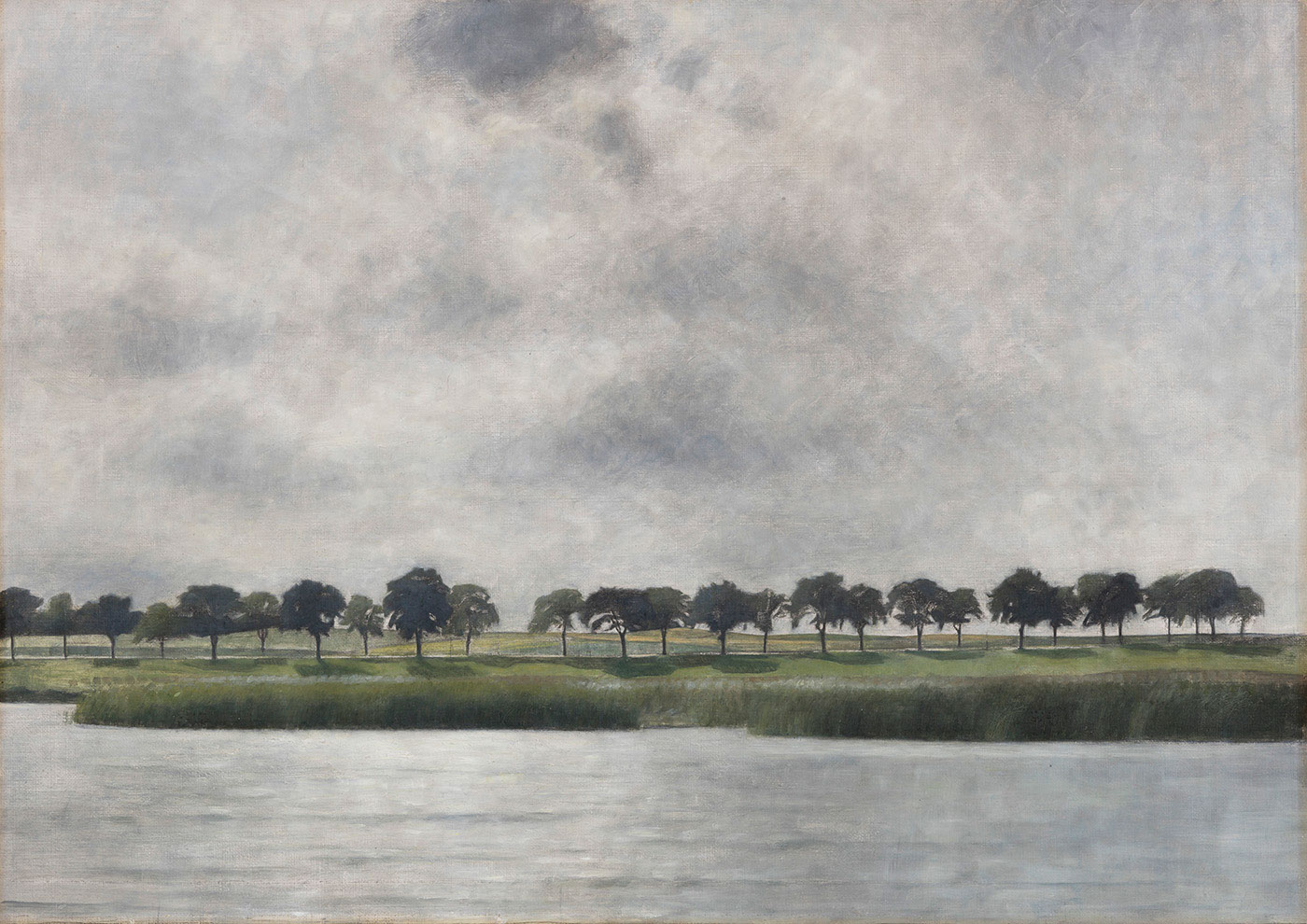 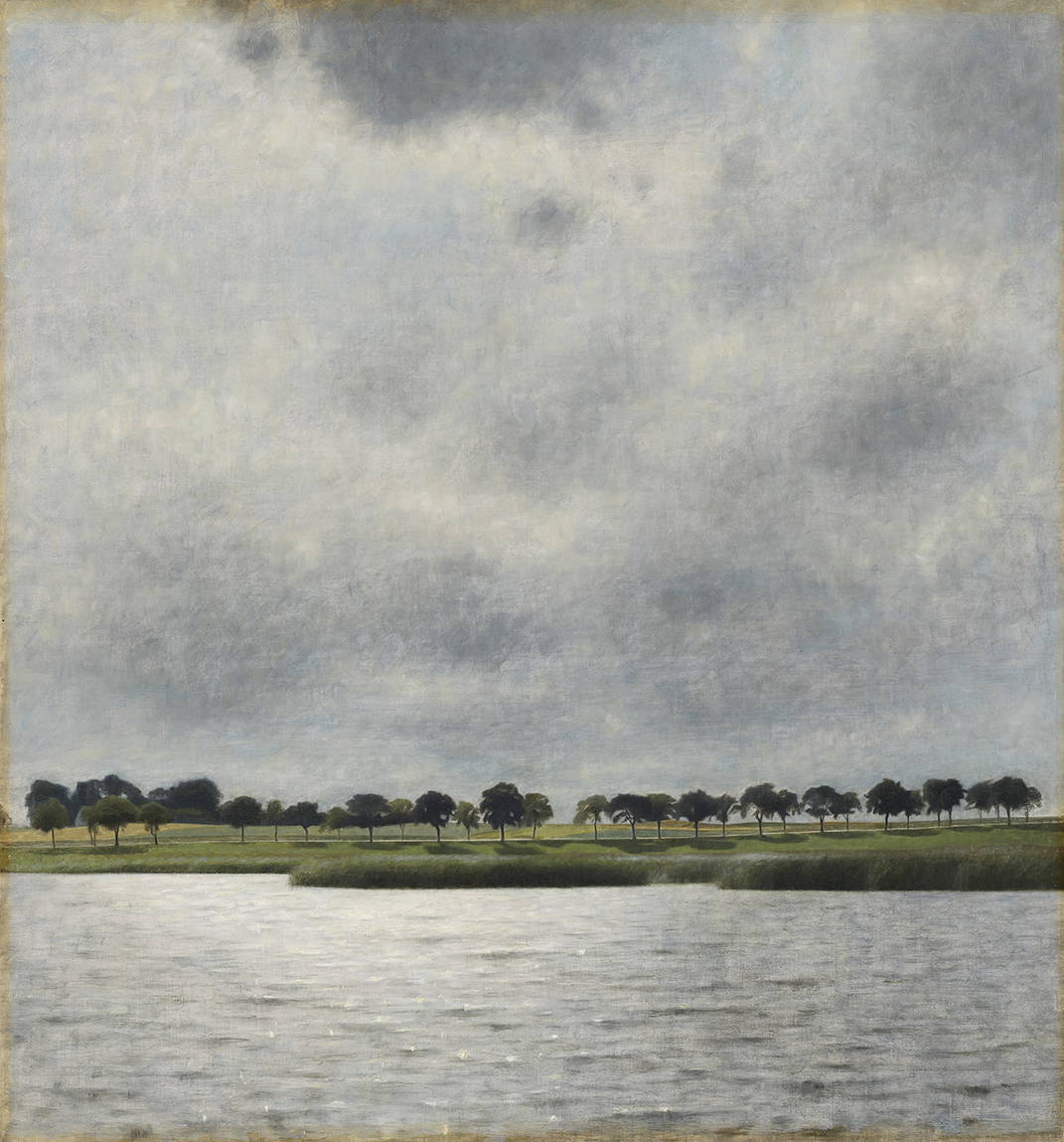 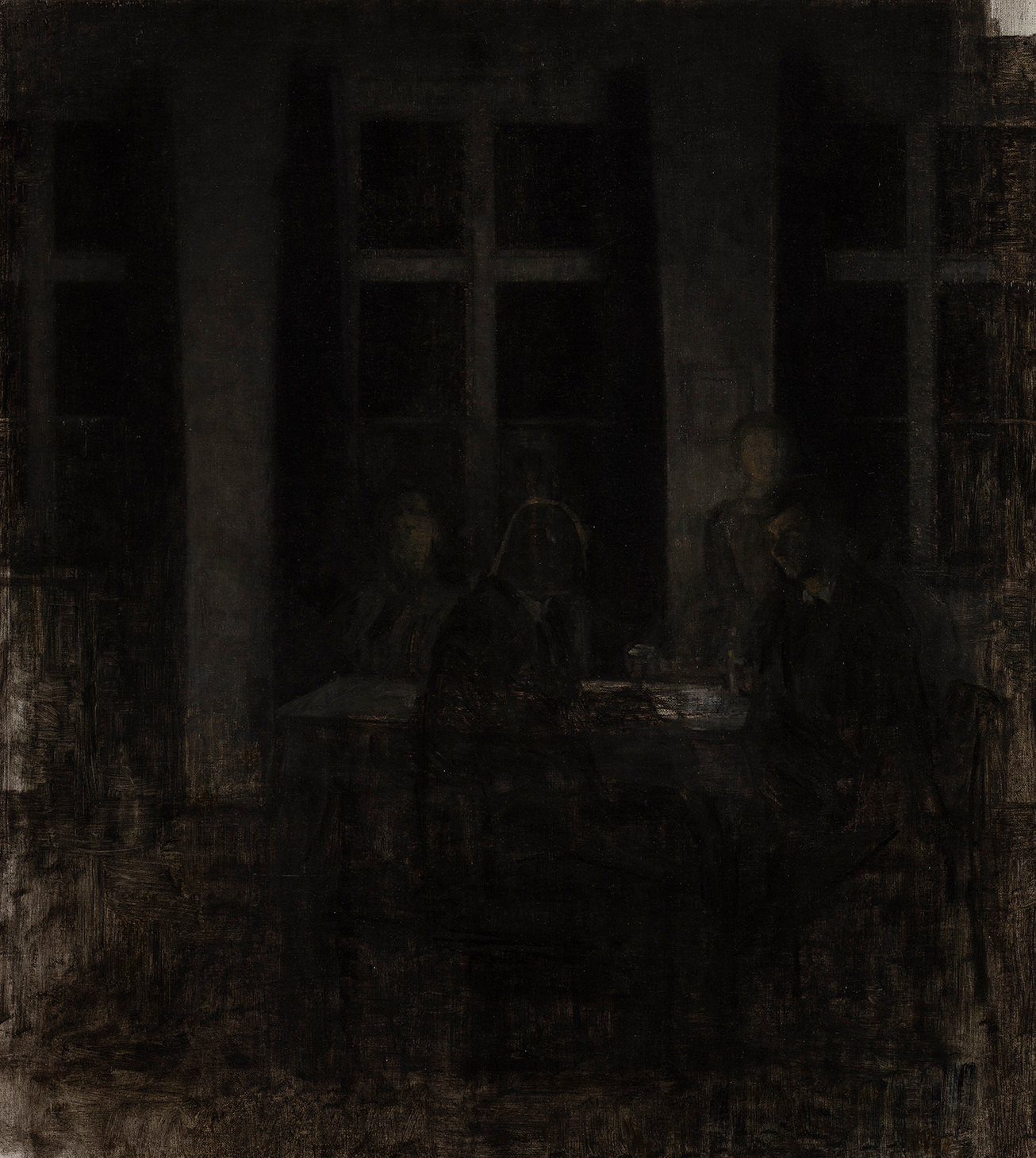 Soirée in the Living Room. Sketch 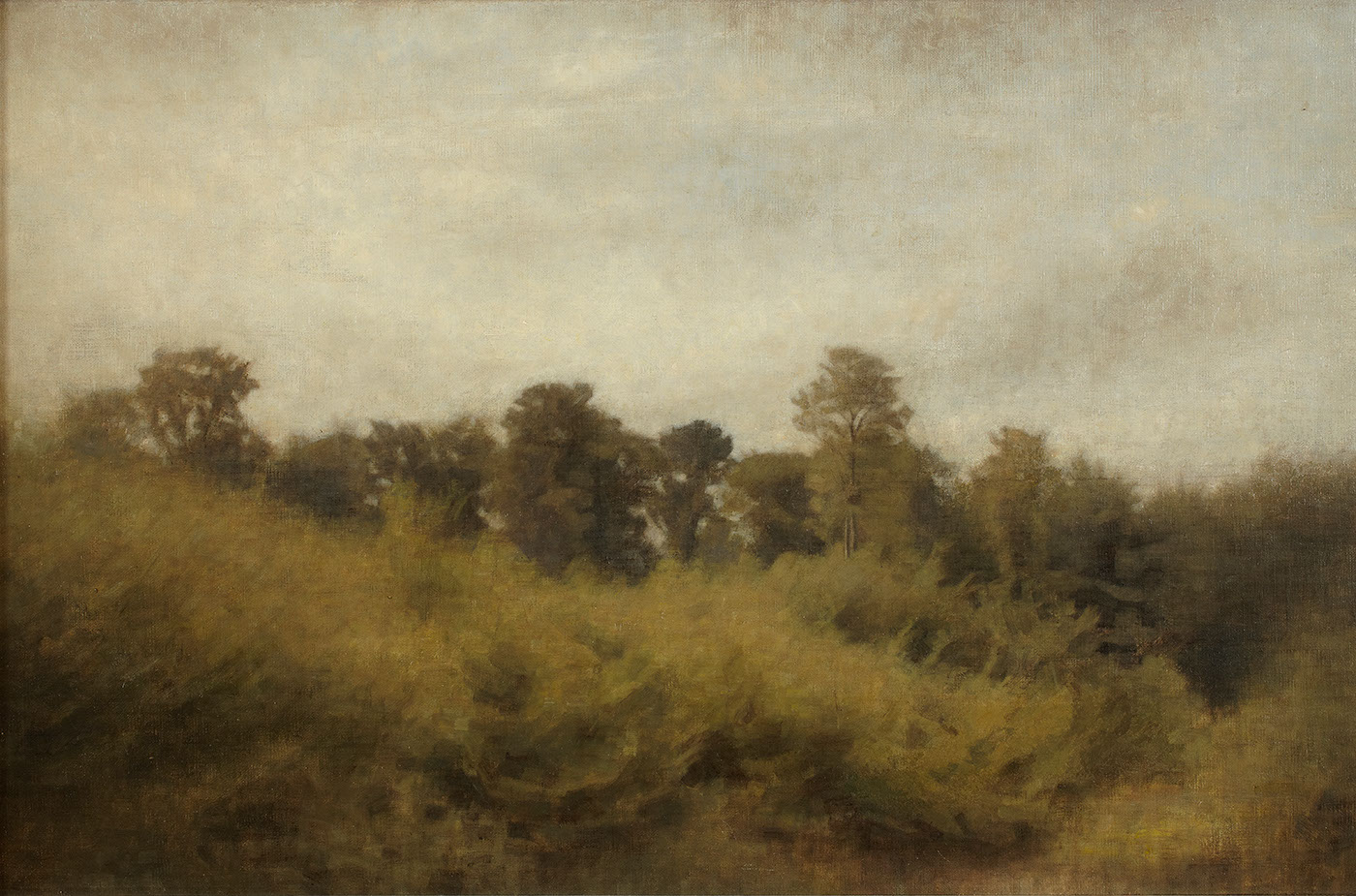 It was during a summer course in 1907 that Hammershøi painted this forest image in Trørød north of Copenhagen. As opposed to the artist’s open landscapes, such as Tuesday Forest and Sun Rain. Gentofte Lake in which focus is transferred from the foreground to the middle ground, from what is near to the semi-distant, in this painting he draws our attention to the shrubby young forest of the foreground. In addition he points out a way into the composition in the form of a forest path in the right side of the picture – a very unusual feature for a landscape painting. The painting is also unique in its monochromatic and blurred interpretation of the forest motif, which with its impalpable light and diffuse texture presents the forest area as a world without references despite the designation of place in the title. 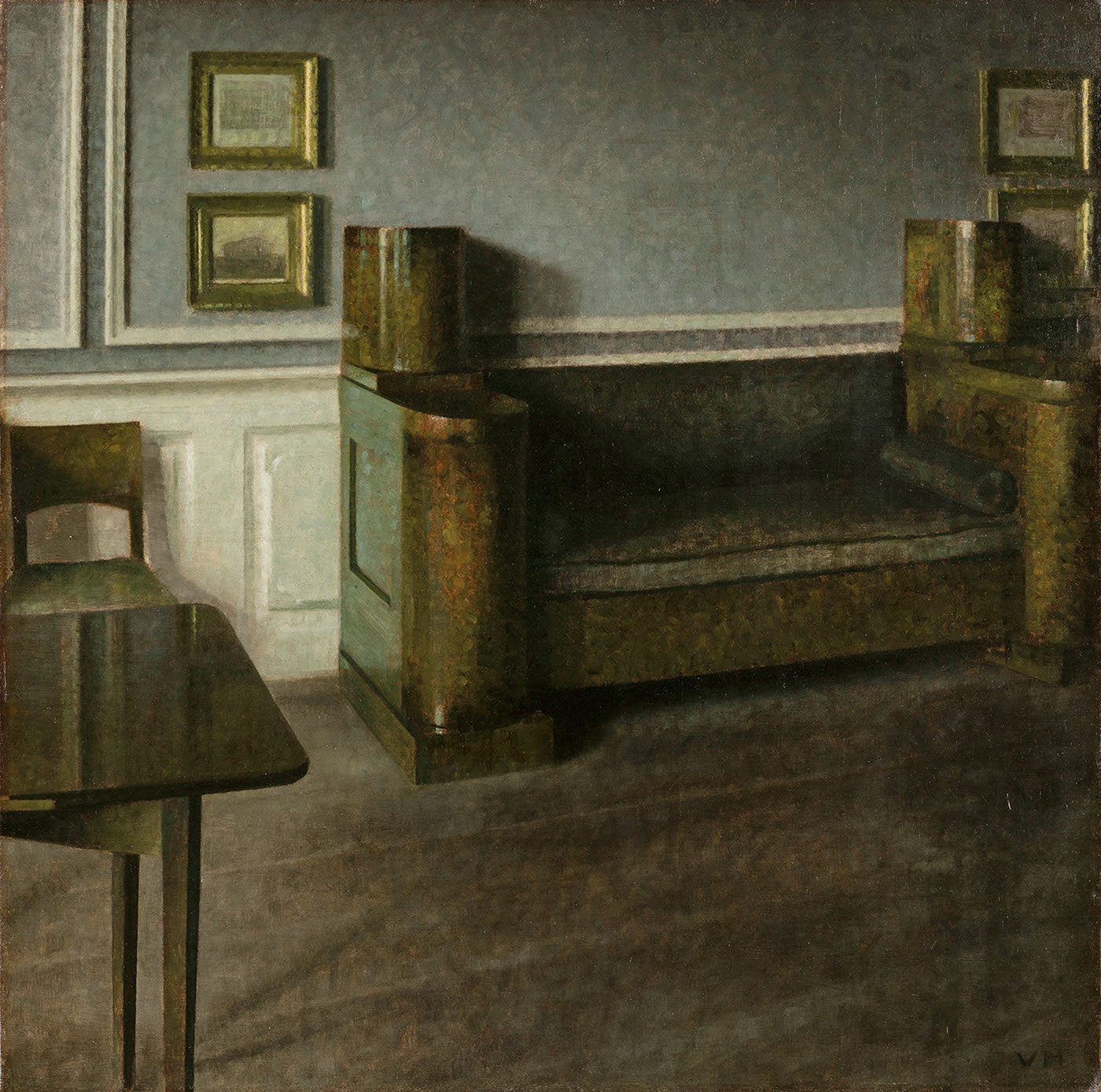 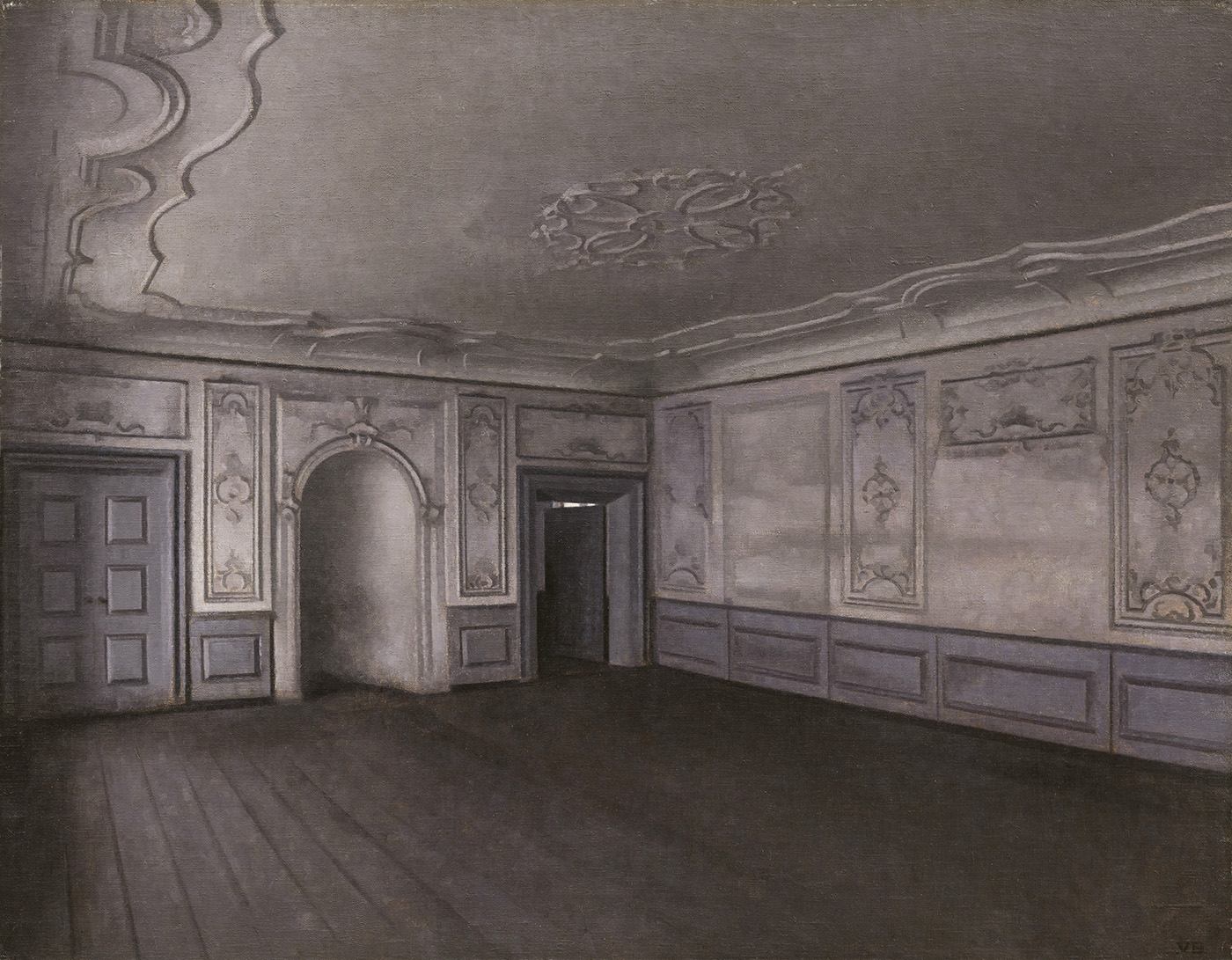 Interior from the Great Hall in Lindegården 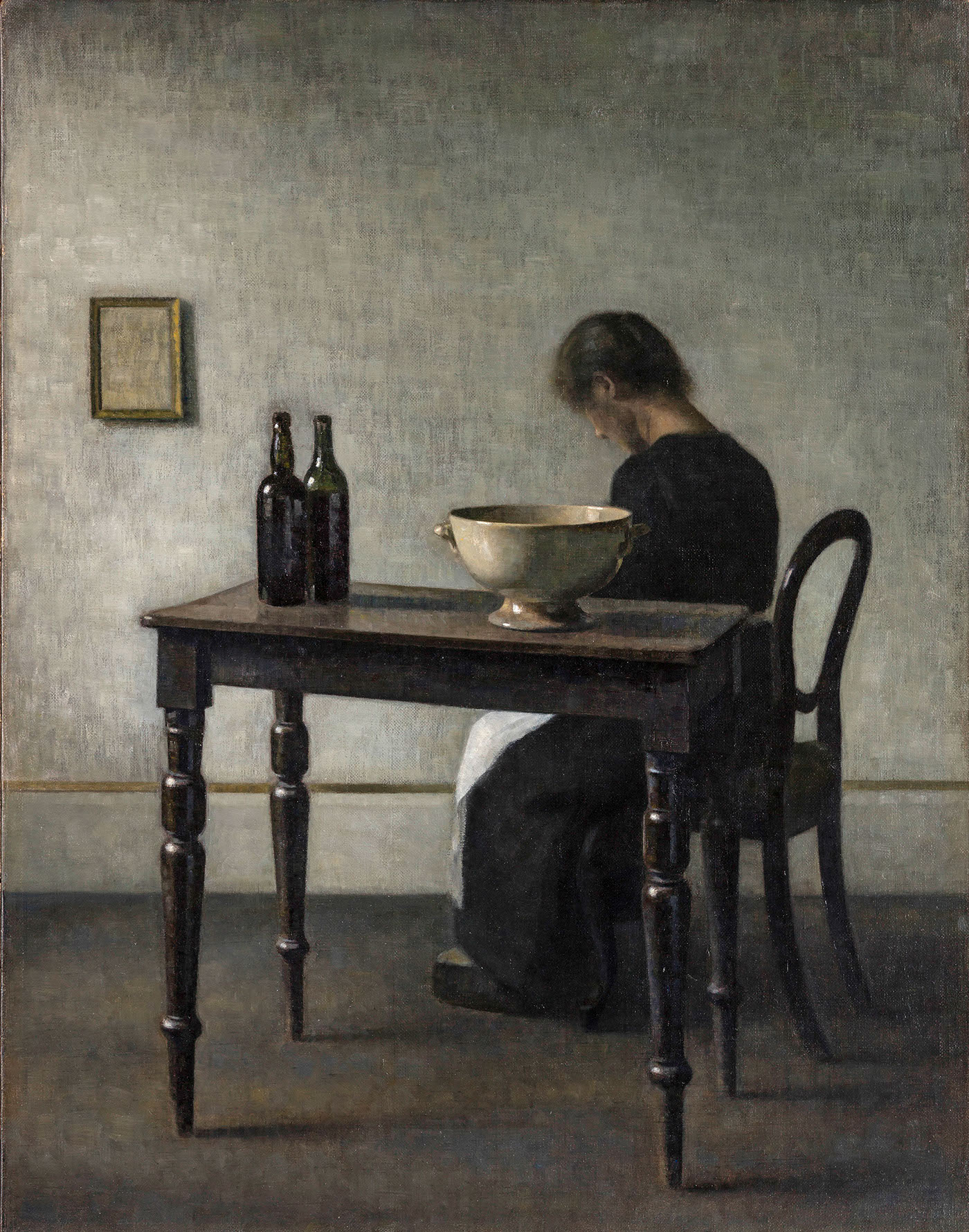 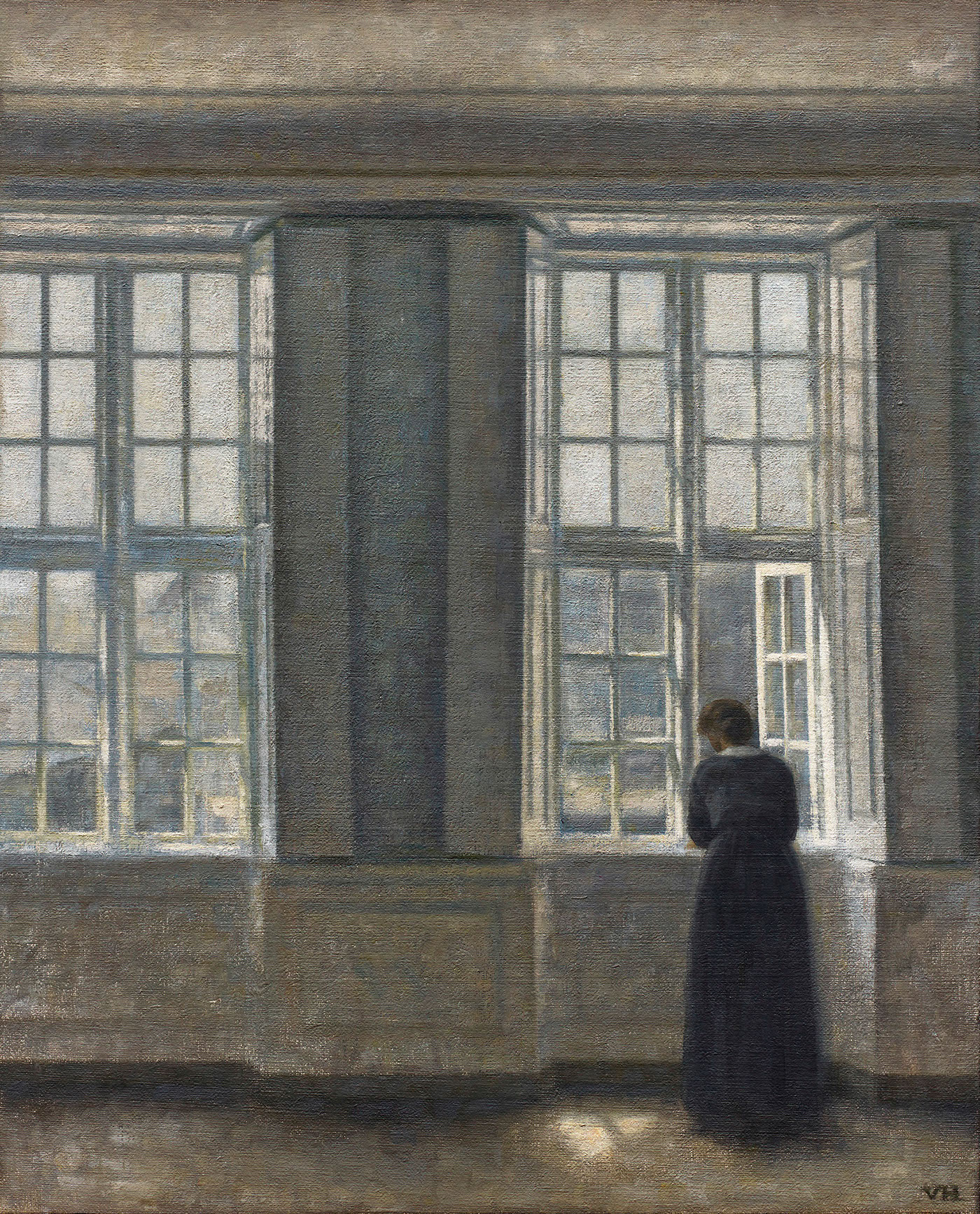 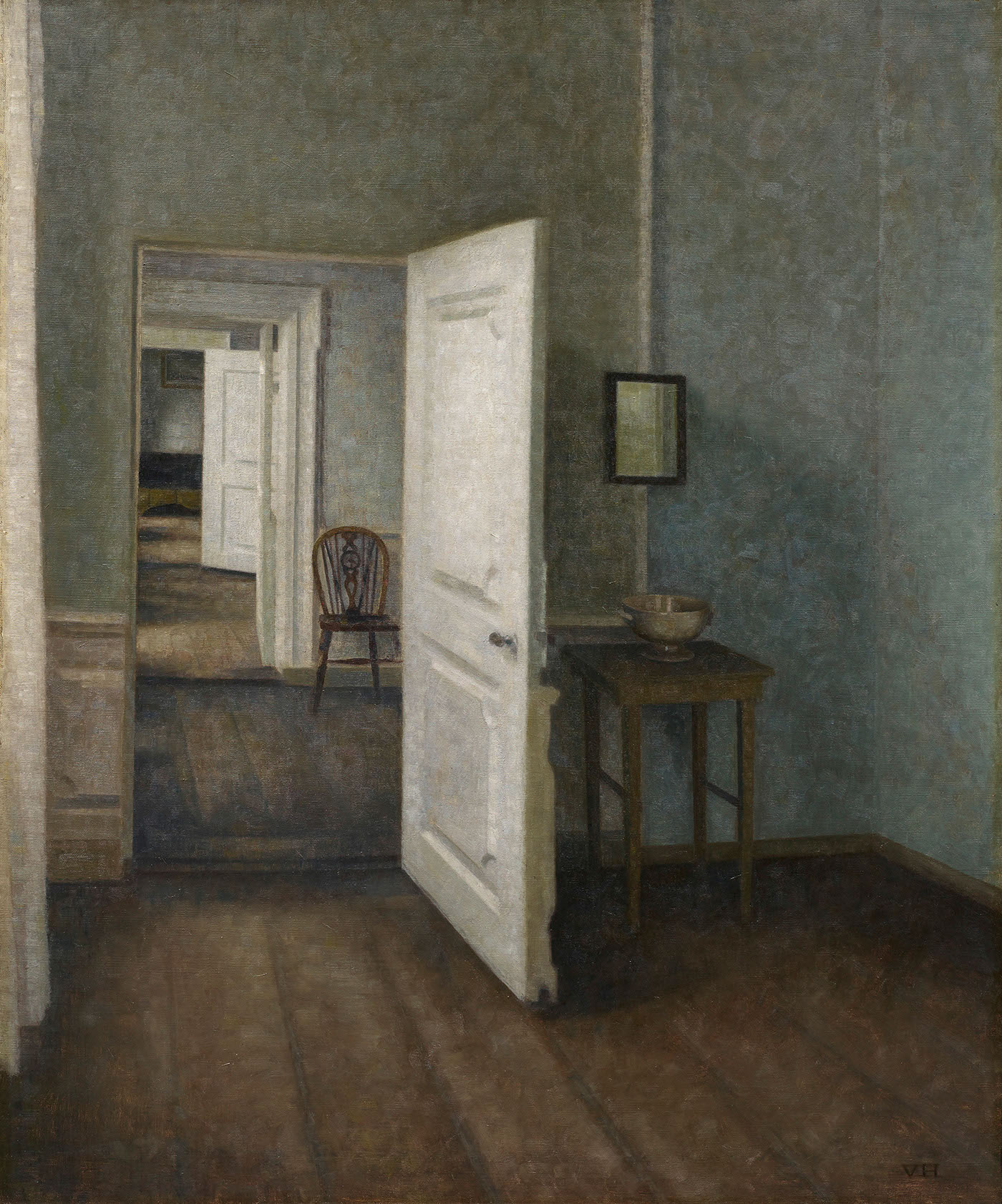