Jørgen Roed was a pupil of C. W. Eckersberg among others, and his main fields of work were architectural and portrait painting. Roed depicted the new bourgeoisie and followed Eckersberg’s portrait style, which took its point of departure in classicist figure painting. He worked both with monumental portraits and, as in this picture, in the ‘cabinet format’. 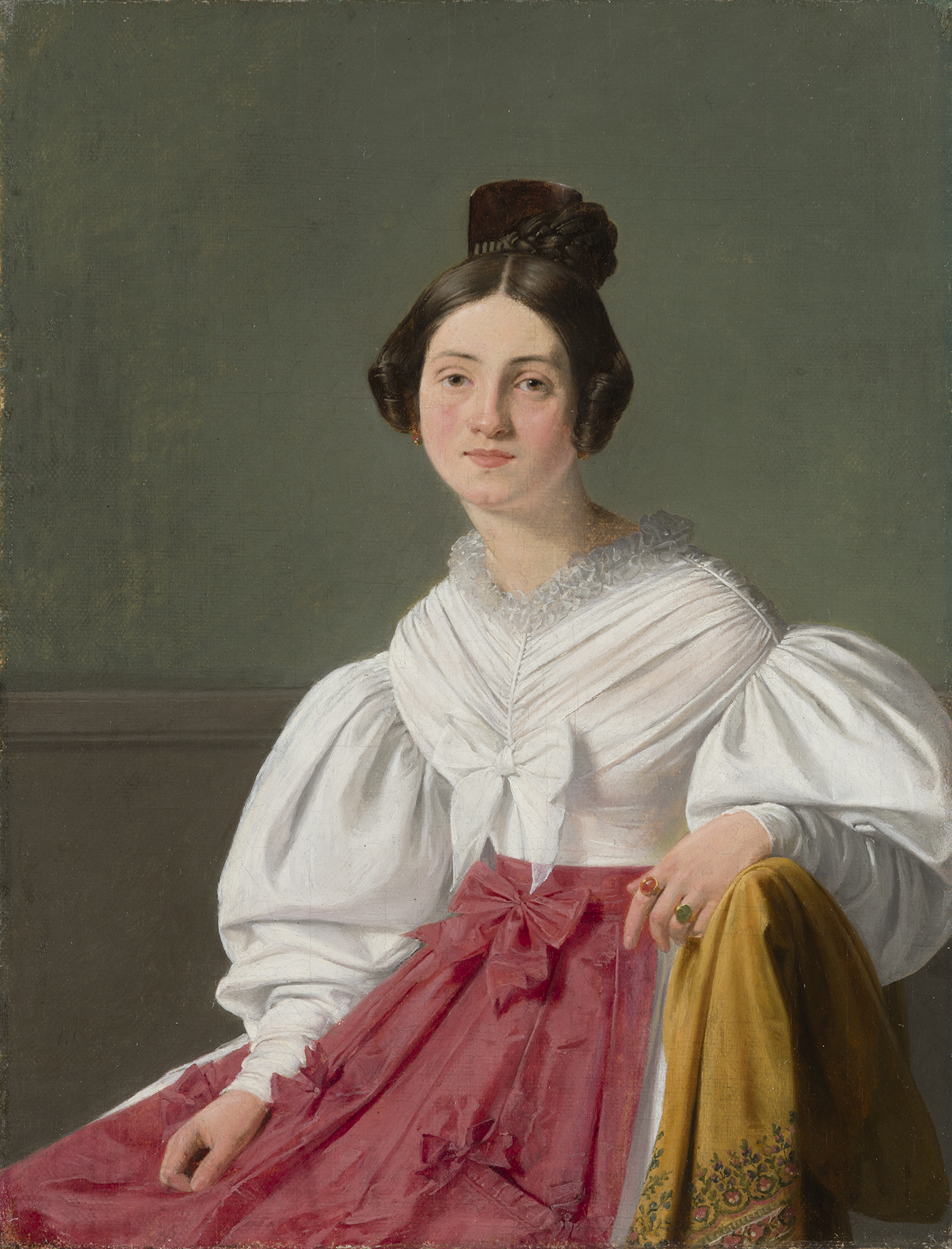 The picture shows Henriette Thyberg, who later married Edvard Collin. It is probably an engagement portrait, and this is precisely its point: as Henriette assumes her position in the picture, she is also assuming her position in the value system of bourgeois society, and in the bourgeois order where women wait to marry husbands and are later adulated as wives and mothers.

Roed used the paint in an academic way, where among other things complementary colours were central to the actual structuring of the picture. The red dress and the green background are contrasted as isolated local colours, while the bright colours of the blouse and shawl have a dual function, since their own brightness is also propagated into the other colour fields of the picture.

The same rigorous tendency is found in the formal structure of the painting, where the pure oval of the face is reflected in the sleeves of the dress, and is finally suggested by the fluid posture of the body.

The young lady looks out of the picture with a gentle but reserved gaze which underlines the controlled character of the portrait.