On 1 February, Ordrupgaard will be opening a major retrospective exhibition featuring the Danish contemporary artist Jesper Christiansen, whose extensive oeuvre has been distinguished by growing influence and acclaim over the past forty years. A sensuous and intimate staging of his drawings, paintings, and ceramics produces a personal atmosphere between art and viewers.

Jesper Christiansen is entirely unique in both a Danish and international context. Formerly professor at the Royal Danish Academy of Fine Arts (from 2002 until 2008), born in Copenhagen in 1955, Christiansen is considered a classic bel esprit of contemporary art, a very unusual tag to say the least. When working, his studio resounds with Bach’s choral works, Verdi’s operas, or Beethoven’s string quartets, his desk overflows with books by Dante, Goethe, Rilke, Proust, or Virginia Woolf, and his canvases are primarily characterised by their captivating beauty: his motifs are illusionistic, distinctly decorative, and the colours appear luminous on the black primer. Christiansen paints figuratively but not realistically. However, a closer look discloses carefully staged pictures with motifs and quotes from works of literature, visual art, or music by other artists. Christiansen’s landscape pictures are inspired by Vergil, Dante, Goethe, and Poussin, and whole series of paintings are inspired by Virginia Woolf’s summer cottage or Kierkegaard’s flat.

Christiansen often mixes realities by filling his, often large-scale, canvases with references to world art, but also to his own environment, travels, and accessories from his studio and home in Odsherred, Denmark. Thus, Christiansen’s so-called Paradise paintings are modelled on Dante’s Paradise from The Divine Comedy, with the subtle difference that the Tuscan river has been replaced by the Isefjord outside the artist’s studio window just as the five-branched candlestick or the jars bought at a hucksters’ market appear in several pictures.

While sampling from a variety of sources in his illusionistic paintings, Christiansen also manages to break this illusion by using a multitude of sheet music, quotes, or his own ‘notes’ from the painting process, which often appear as overpainted chinks revealing the underlying black primer or are simply written across it in chalk. While Christiansen’s pictures disclose a world by means of perspective depth, they also draw attention to themselves as overpainted planes, as things of the world, a painterly paradox which has engaged him throughout his career.

Featuring more than one hundred works, the exhibition throws a kaleidoscopic light on Jesper Christiansen’s oeuvre from the minimalistic beginnings in 1978 and the word paintings until the present.

The exhibition is curated by Anne-Birgitte Fonsmark, museum director, in collaboration with the artist. A catalogue featuring texts by Bente Scavenius MA, art historian, art critic, and writer and Jesper Christiansen will be published in Danish and English.

The exhibition is generously supported by:

The paint has been kindly sponsored by Farrow & Ball 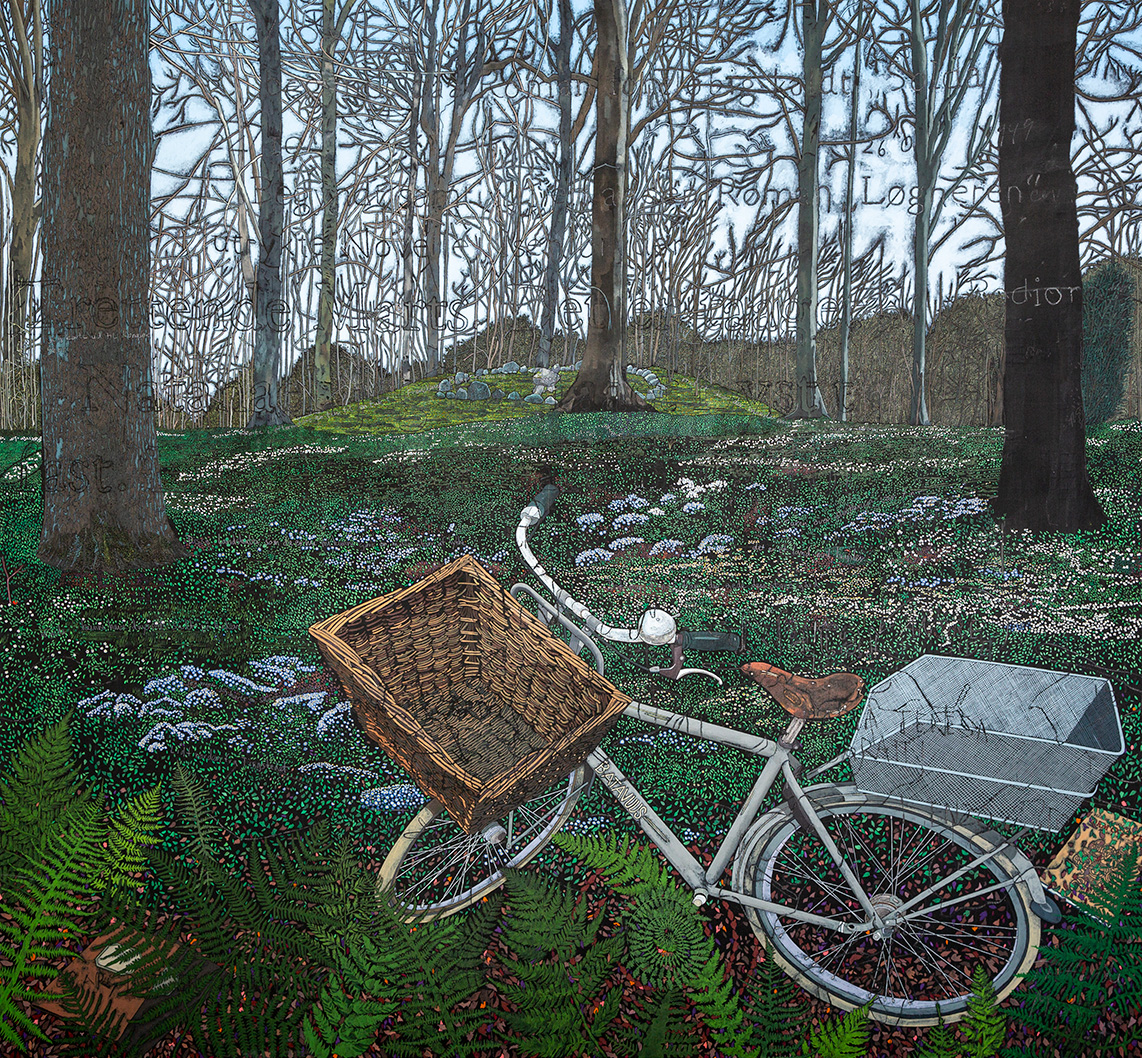