GAUGUIN AND HIS FRIENDS

With exceptional loans from numerous influential museums and private collectors from across the world, we now proudly present ‘Gauguin and His Friends’. The exhibition shows how, at the end of the nineteenth century, Paul Gauguin and the group of artists around him created an entirely new painterly expression. A symbolist painting where dreams, places, and imagination were interwoven in colourful and daring compositions without depth effect. Gauguin wanted to free art from the shackles of naturalism, yearning for a time when life was unspoilt by the dogmas of civilisation. He found inspiration in Brittany in the isolated towns Pont-Aven and Le Pouldu where the primitive lifestyle, deep piety, and folklore of the rural population helped set his art free. This new departure was adopted by a group of young artists known as the Pont-Aven school. The exhibition will feature several major works by Gauguin never previously shown in Denmark.

In this exhibition, we direct focus at Paul Gauguin and the group of young artists manifesting a new symbolist painting style near the end of the nineteenth century. Many will be familiar with the image of Gauguin as an uncompromising artistic genius who sought out the faraway shores of Tahiti to escape the constricting ties that bourgeois outlooks and family life imposed on his art. Fewer will know that the freedom-seeking artist also sought out small villages like Pont-Aven and Le Pouldu in Brittany in north-western France for inspiration. Here, among the Catholic rural population, he found a rustic way of life and deep faith that held a great and exotic appeal for him and which he translated into a new style of painting. A new symbolist kind of art that looked inward rather than outward, and which was preoccupied with dreams and the imagination rather than with reality.

In addition to a number of Gauguin’s epoch-making pictures, the exhibition will present a large number of works by the artists who, in a literal and artistic sense, travelled in the footsteps of this distinctive creator of images. They include figures such as Émile Bernard, Paul Sérusier, Meijer de Haan, Charles Filiger and Jens Ferdinand Willumsen. All of them became part of the circle around Gauguin in Brittany. Also featured are very young artists of the generation such as Maurice Denis, Jan Verkade and Mogens Ballin, who saw themselves as prophets of a new art – ‘Les Nabis’, as they liked to call themselves – and were inspired by Gauguin.

The exhibition presents just under one hundred works, of which half have been loaned from private art collections. An exhibition on this scale would be unthinkable without assistance from the art historian André Cariou, who is a leading expert on the Pont-Aven school. As academic consultant to the exhibition, he has generously made his numerous contacts to private art collectors and museum staff available to us. Moreover, he has written the detailed introduction to Gauguin and the artists of the Pont-Aven school for the exhibition catalogue. This main contribution is supplemented with an article by Dorthe Vangsgaard Nielsen, chief curator, about Gauguin’s Danish artist friends.

Works for the exhibition have been loaned from museums such as the Metropolitan Museum of Art, New York, the National Gallery of Prague, Musée d’Orsay, Paris, Musées Royaux des Beaux-Arts de Belgique, Brussels, and the Rijksmuseum, Amsterdam.

Gauguin and His Friends focuses specifically on the years after 1889, thus continuing where Ordrupgaard’s earlier exhibitions on Gauguin left off – i.e. Gauguin and Impressionism from 2005 and Van Gogh, Gauguin, Bernard. Friction of Ideas from 2014

The exhibition is generously supported by: 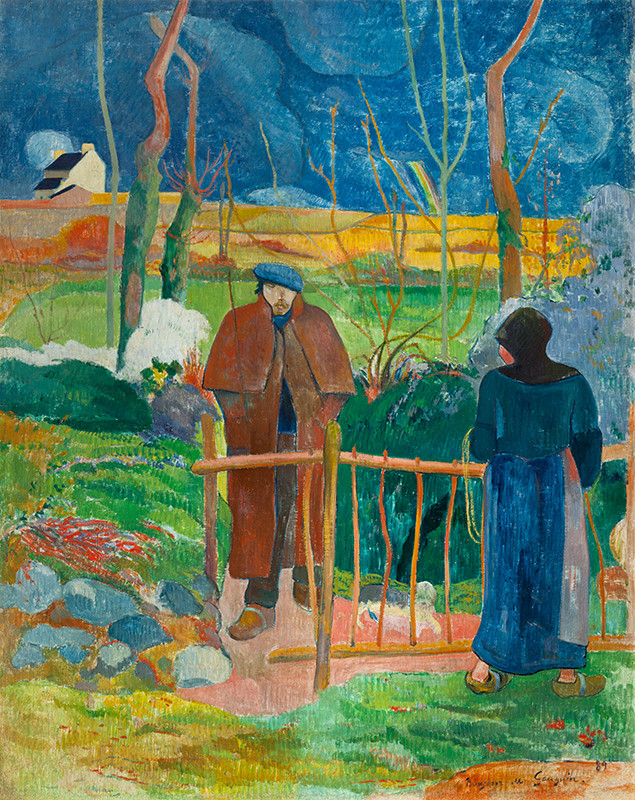