Corot is primarily known for his landscape paintings. He was one of the pioneers of open-air painting, and became a kind of father figure for the younger generation of Realists and Impressionists. A central feature of Corot’s work is his “picturesque” motifs, for example in the painted “souvenirs” (memories) from special places in France.

Motifs: Landscapes from Italy and France, sometimes with religious and mythological figures, “souvenir landscapes” and paintings with female figures. 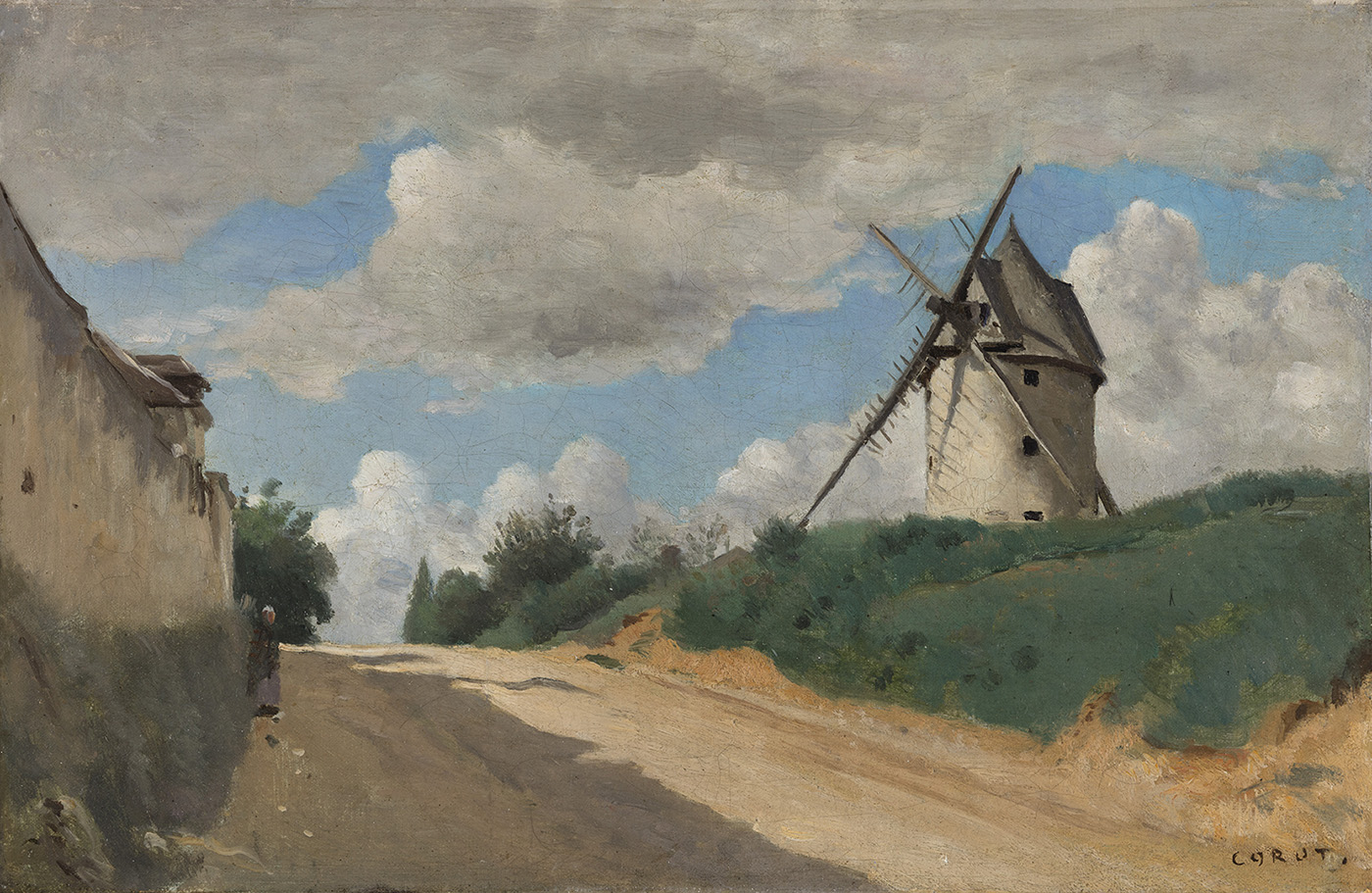 Corot travelled around France and painted landscapes. The motif of the windmill is from the region around Versailles. The painting is very direct in expression, and may have been painted on the spot. Corot’s many pictures of this type are often described as “small gems”, precisely evoking a mood from the place depicted.

He had trained in traditional landscape painting and often in one and the same picture mixed academic composition with less traditional approaches, for example visible brushstrokes and unexpected views of the motif.

In the history of art there is a general tendency to overlook Corot’s more anecdotal and salon-like works with mythological and religious figures or his genre pictures of female figures. Such motifs do not appear to fit so well with the image of Corot as a precursor of Impressionistic open-air painting. Nevertheless they are important in understanding that his landscapes, besides being naturalistic, also have a magical, myth-like effect, compelling in a way that can be compared to works by artists of the Barbizon School. 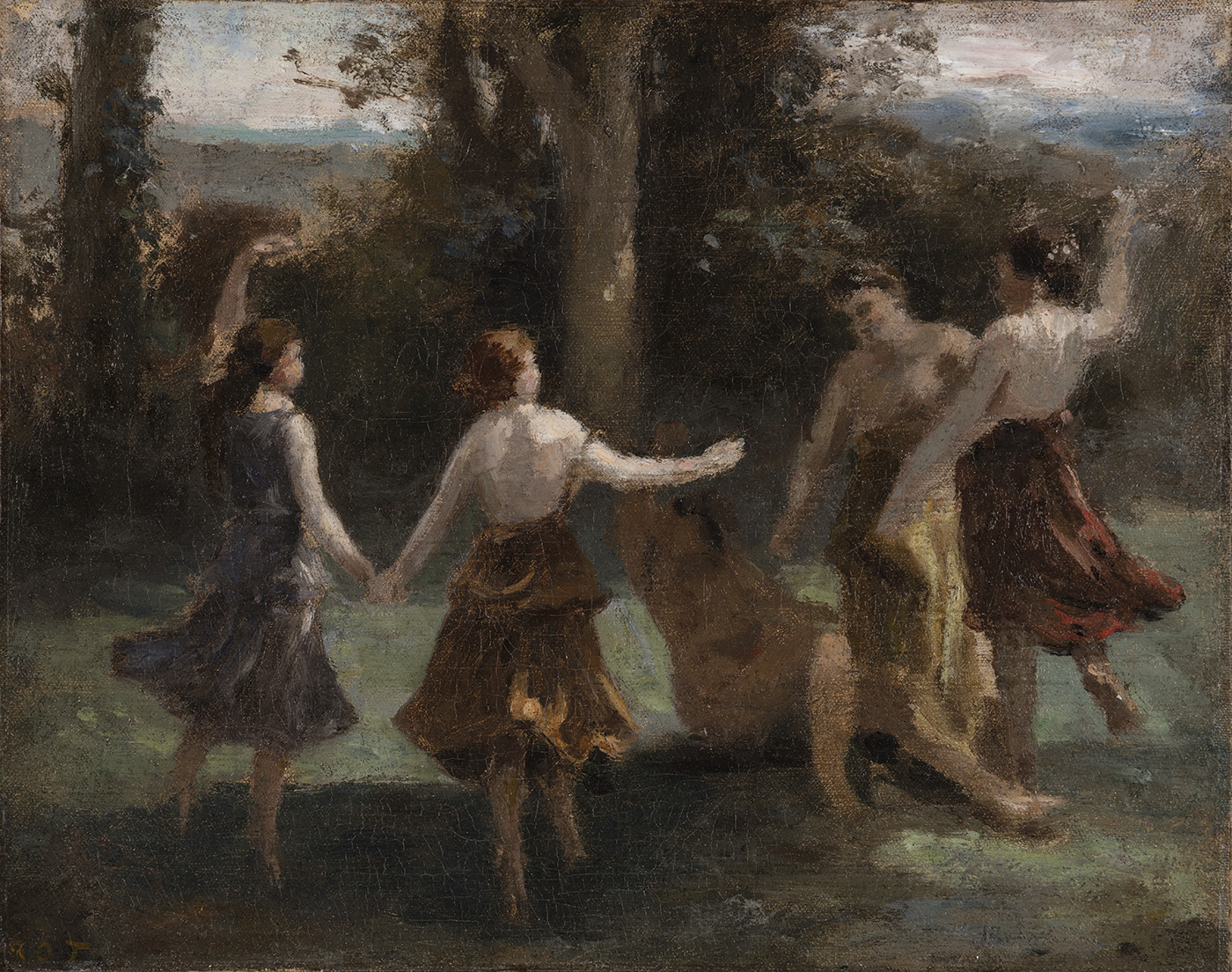 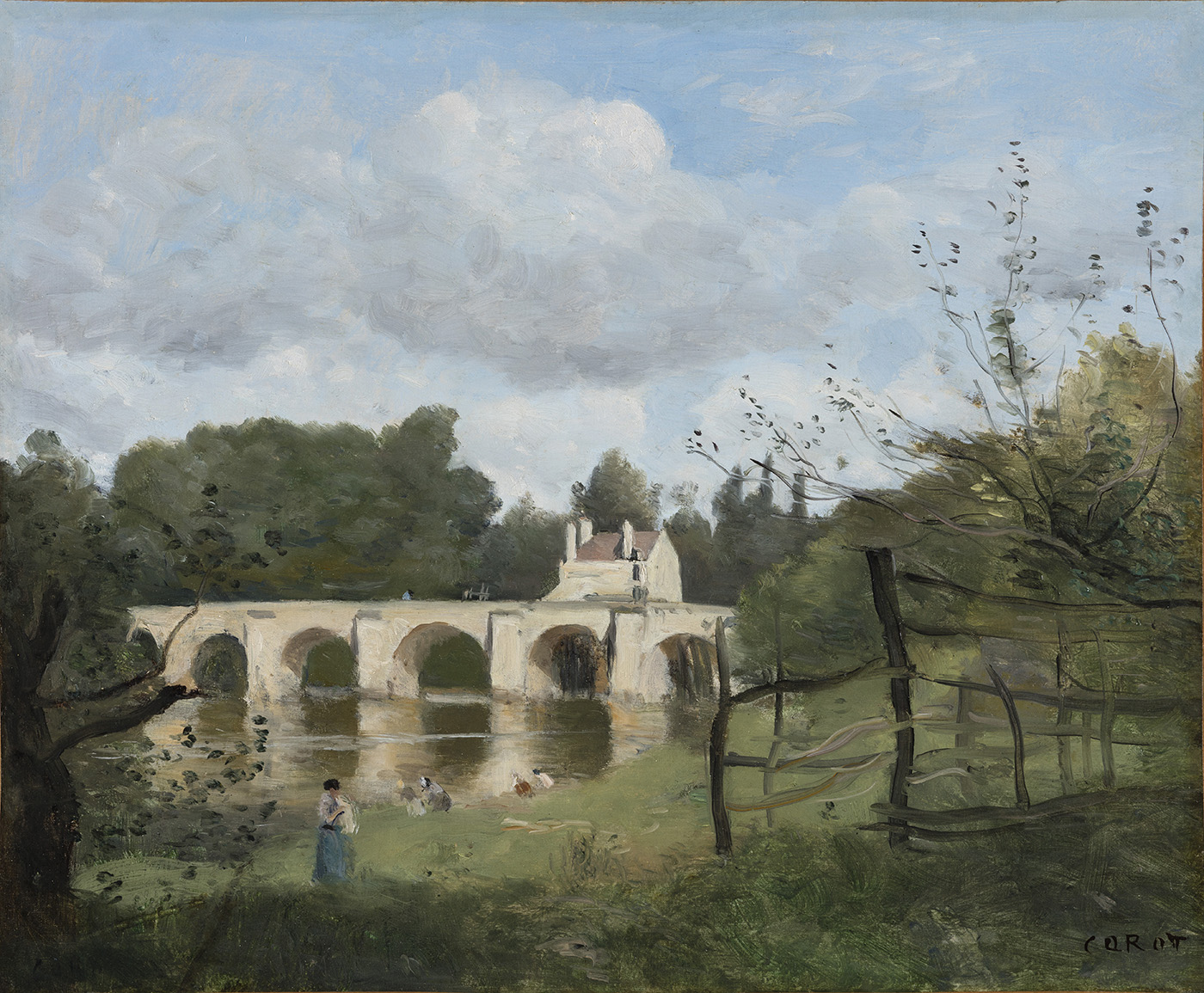 The Bridge at Mantes 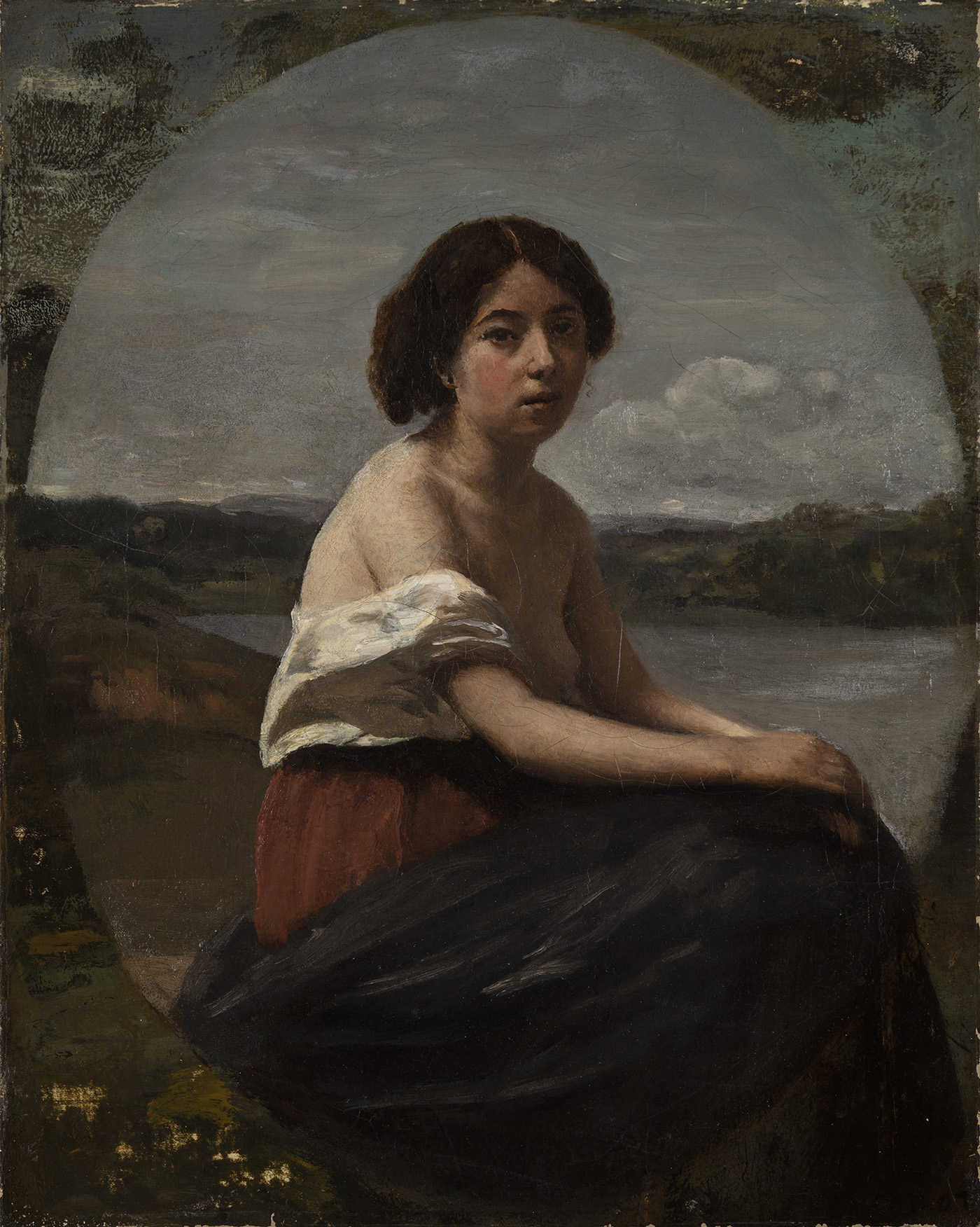 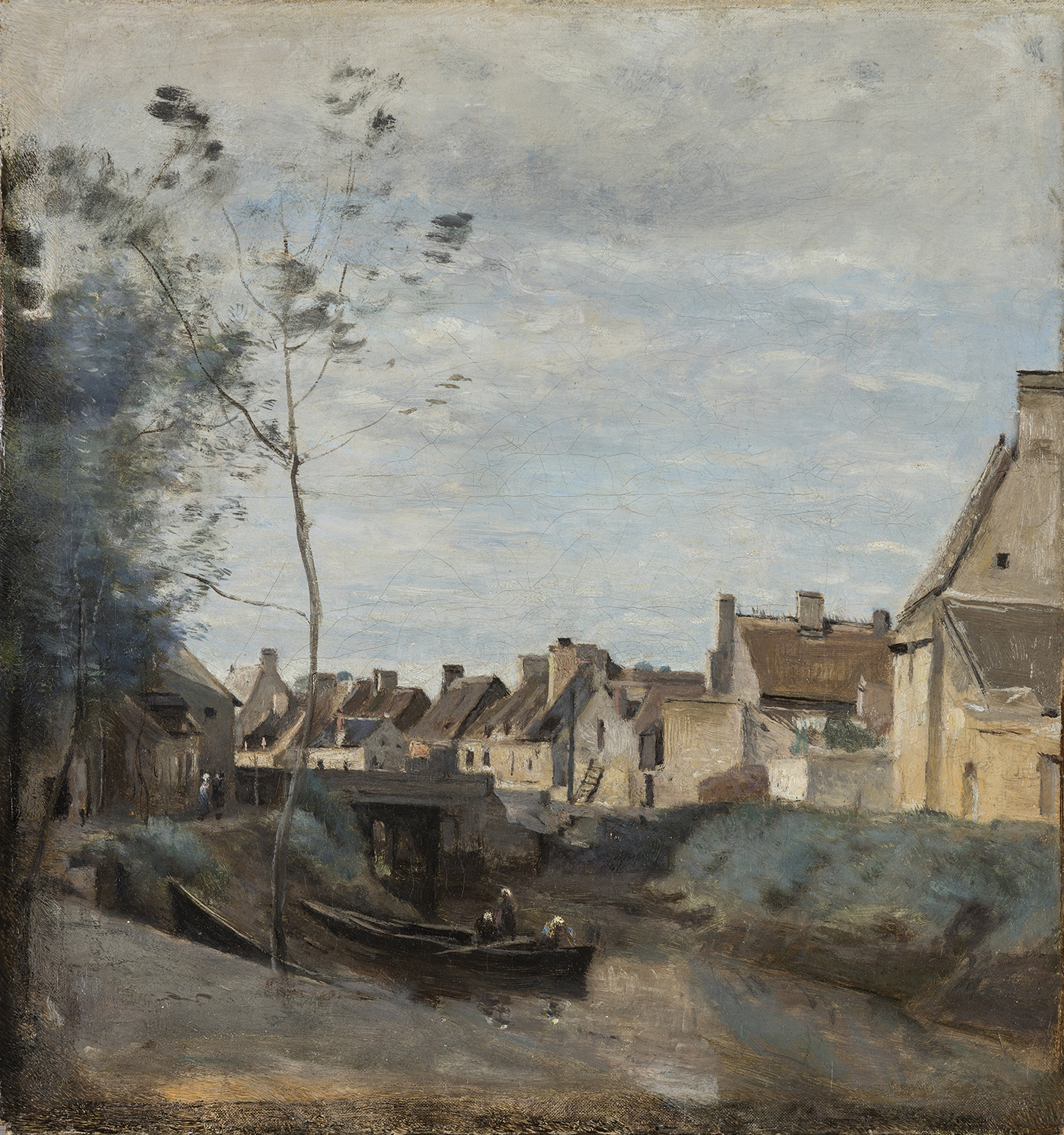 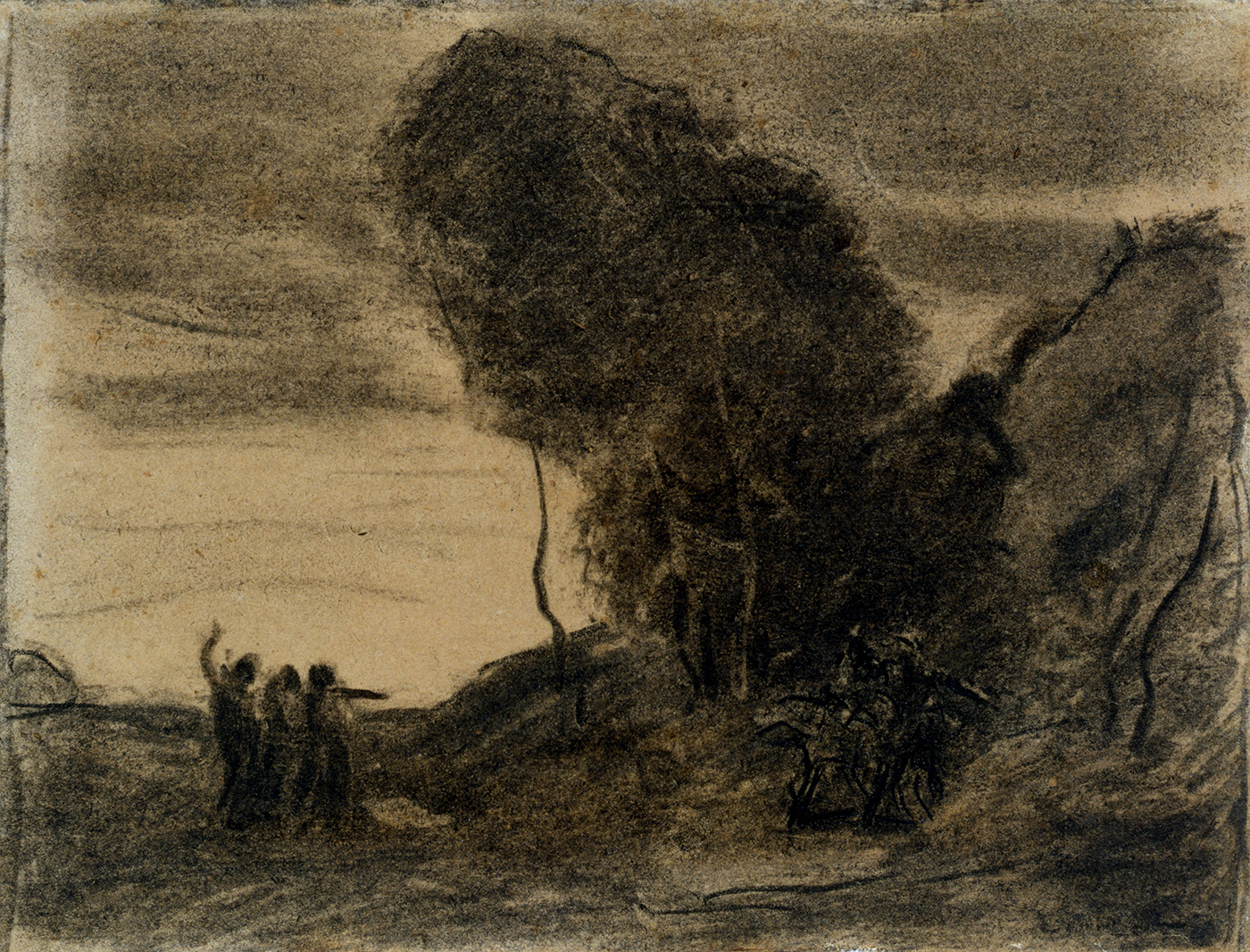 Macbeth and the Witches, Sketch 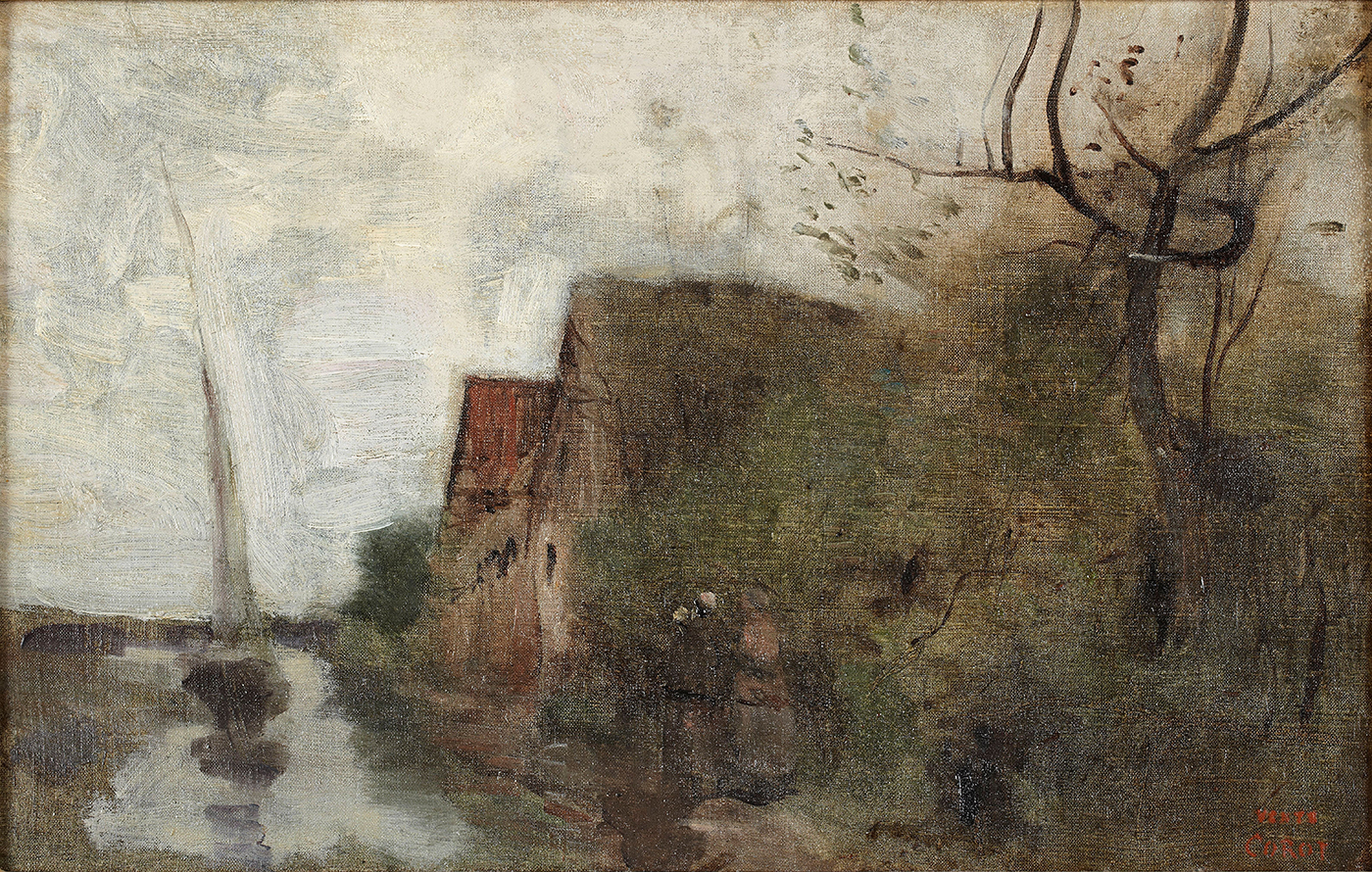 Souvenir from the Environs of Amiens, Somme 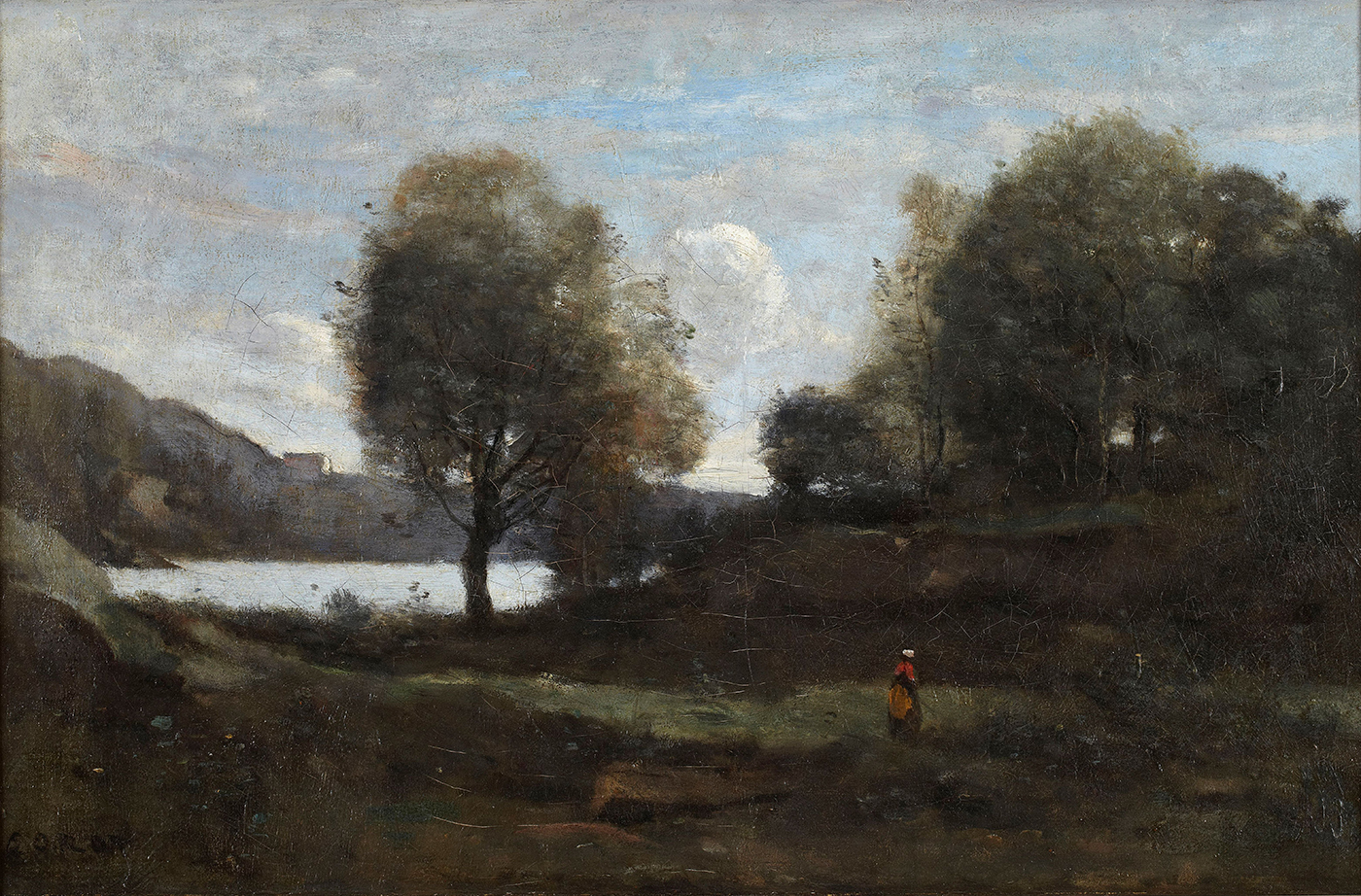 Memory of a Pond in the Limousin 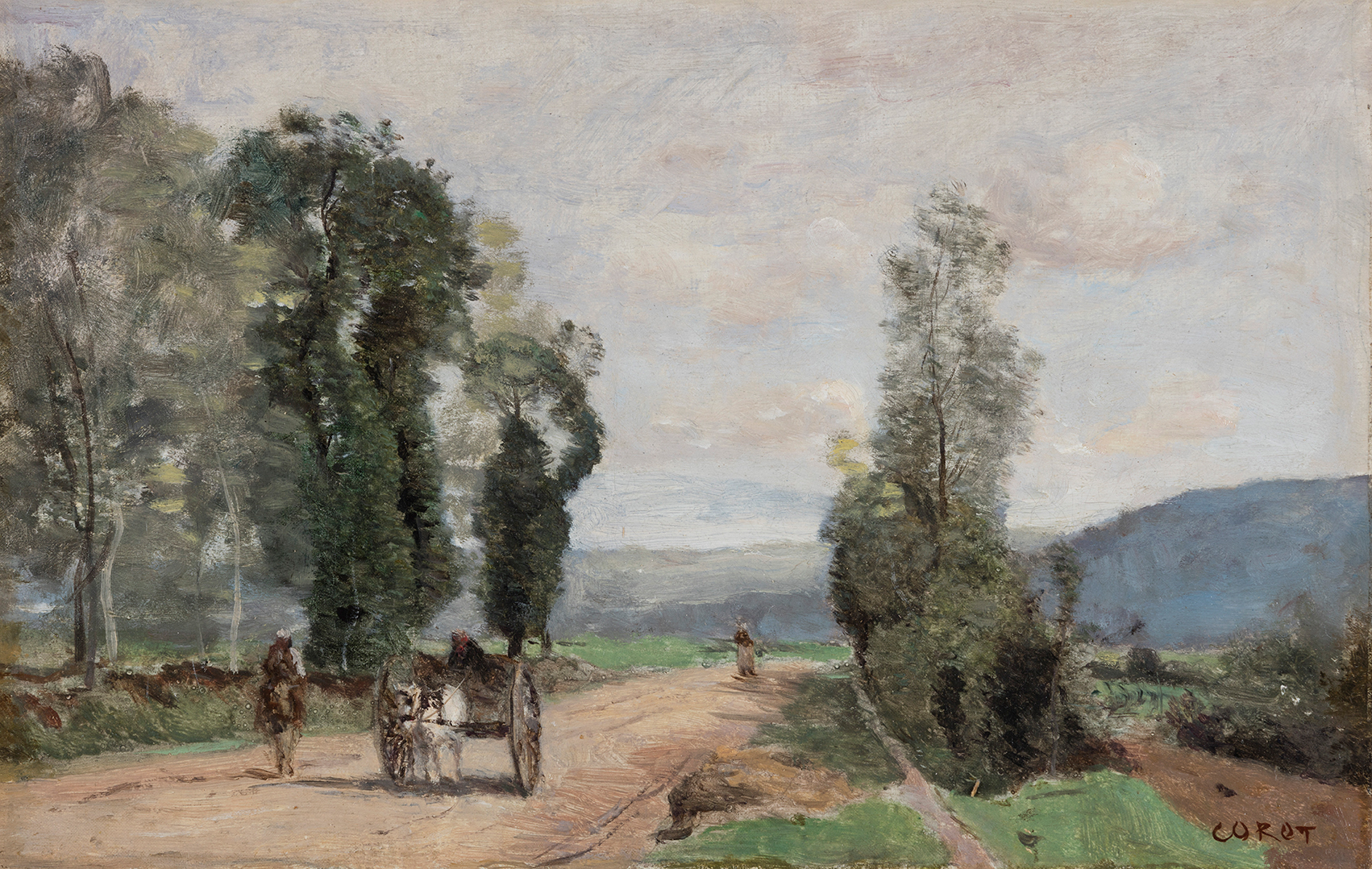 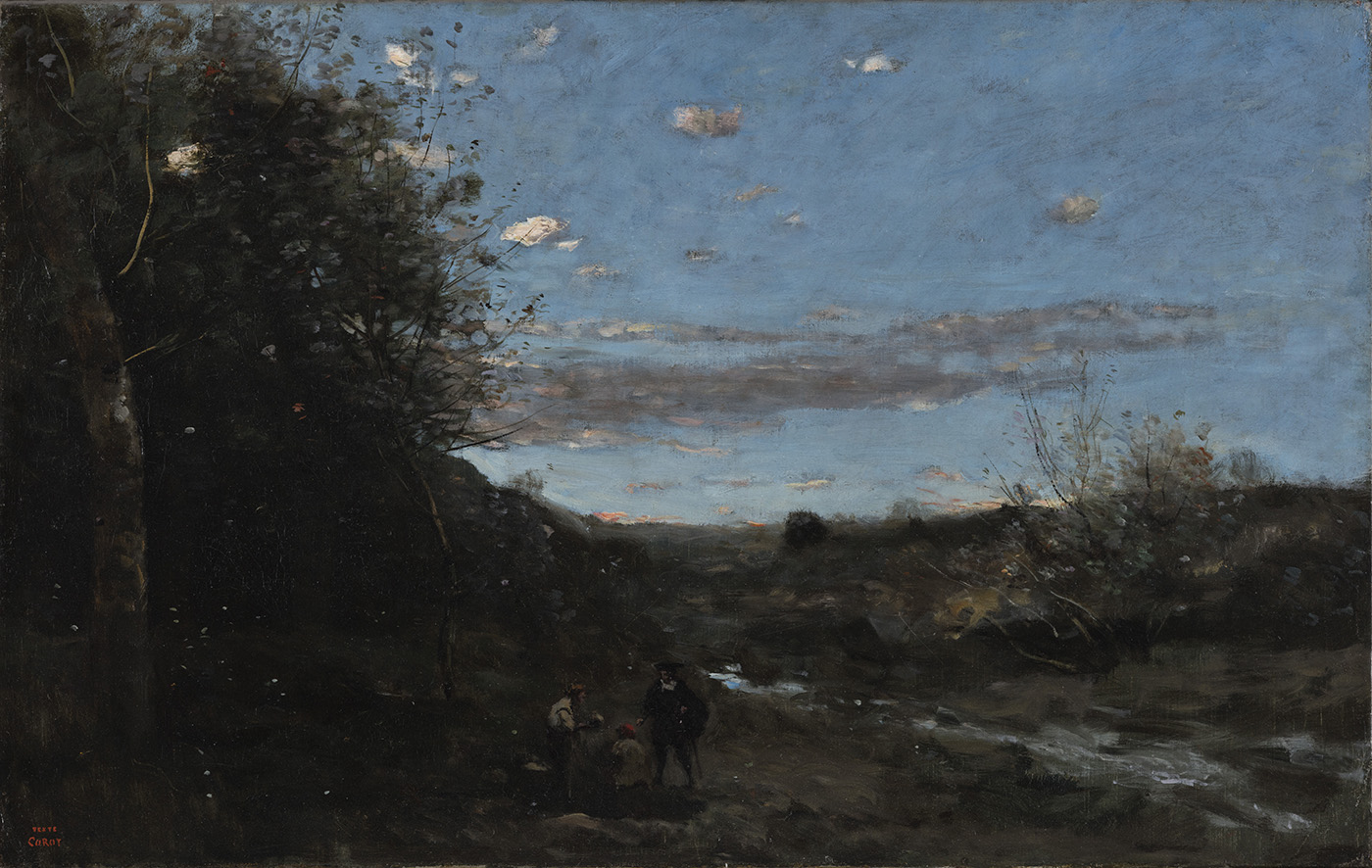 Hamlet and the Gravedigger